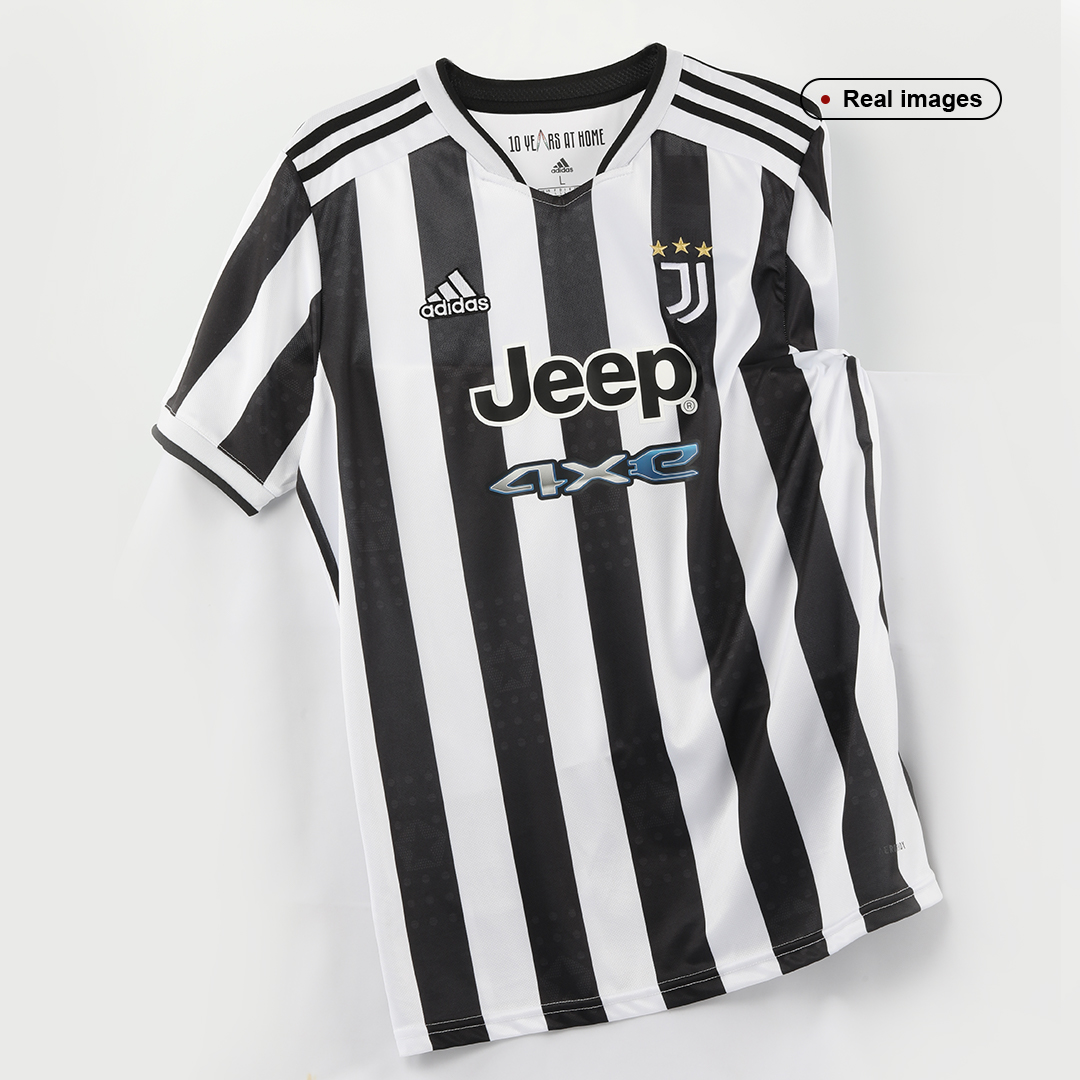 High quality kit definitely will order from this site again

This Replica Barcelona Home Jersey 2021/22 By Nike is the way I like it. I like the quality of the gogoalshop so much, it's beyond my imagination!

I'm American, so I love my country and my team faithfully~USA Away Jersey I didn't get it in many places, but gogoalshop helped me find it, I compared the jersey my friend bought from the store , almost identical, unexpectedly satisfying

Messi, faith forever! I have loved Messi for many years. I was so excited when I got the PSG jersey. There is no comparison between the quality and the price.

The jerseys arrived very quickly and this is the third time I have bought the jerseys from Gogoalshop. The jerseys feel great and I really like the Barcelona jerseys so much that they are worth it.

The new Juventus Home Jersey 2021/22 By Adidas is now released on Gogoalshop!

Juventus Football Club’s new home jersey for the 2021-22 season. The new jersey is inspired by the Juventus home stadium that was put into use in 2011. It modernly interprets the classic stripe elements of the club respect.

Since the team moved to this stadium, countless moments of glory have been staged here. The new season Juventus home jersey cleverly incorporates the classic star pentagonal design of the stadium "Cammino Delle Stelle" in the texture, which not only pays tribute to the famous players in the history of Juventus but also expresses to the supporters who helped build the team Pay tribute.

The Juventus 21-22 home jersey has 4 white bars and 5 black bars on the front, sleeves, and back. The detailed design pays tribute to the 10th anniversary of the team’s move to the home stadium and the Juventus family unite. The collar based on the Condivo 21 template and the cuffs of the Juventus 2021-2022 jersey is designed with white and black piping to complete the design. 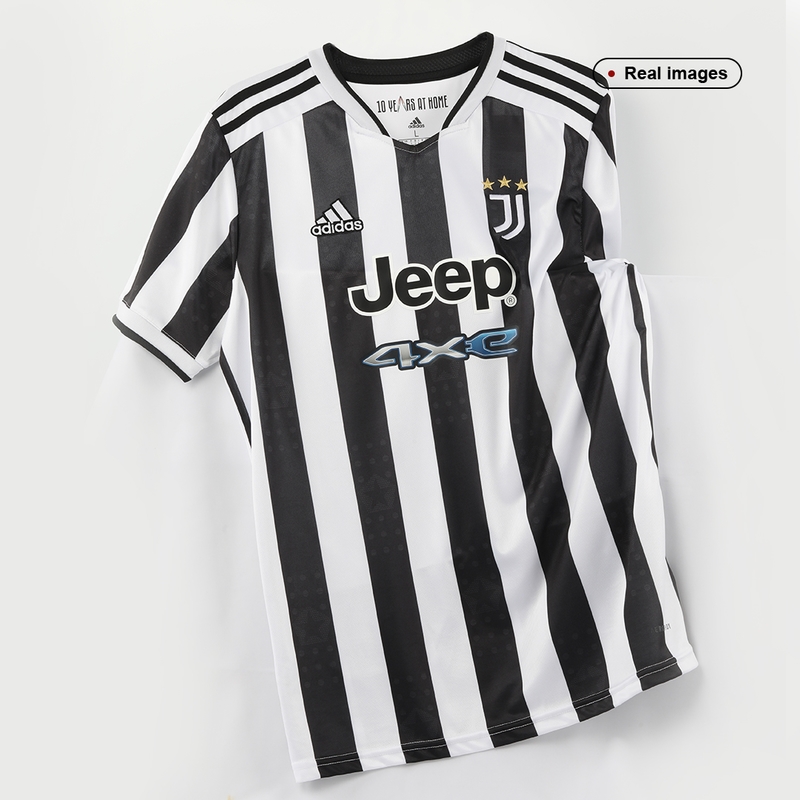 With a breathable round neck design, the collar is decorated with the words "10 YEARS AT HOME" and red, white and green stripes. The detailed design echoes the stadium. Unlike the originally expected gold, Juventus home jersey 2021 chest The Adidas and club logos are white. 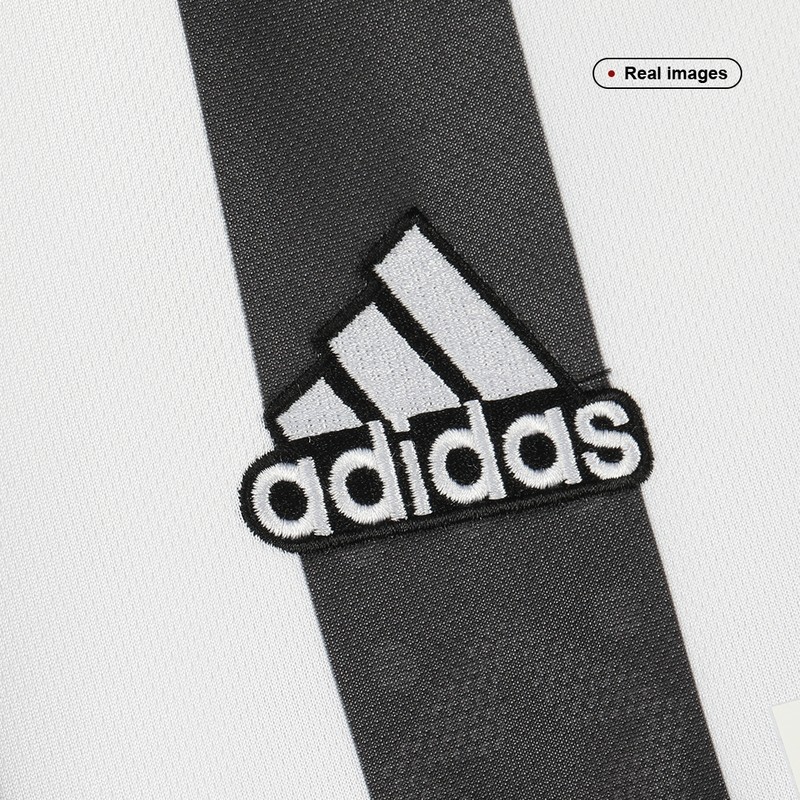 There is a "new" sponsor patch next to the Jeep logo on the new jersey.

The 4XE logo certainly refers to Jeep’s new plug-in hybrid technology, and the same patch has appeared on Juventus’ jerseys several times. Compared with the early draft of the home jersey for the 2021-22 season, the color of the Jeep logo itself has also changed from white to black. 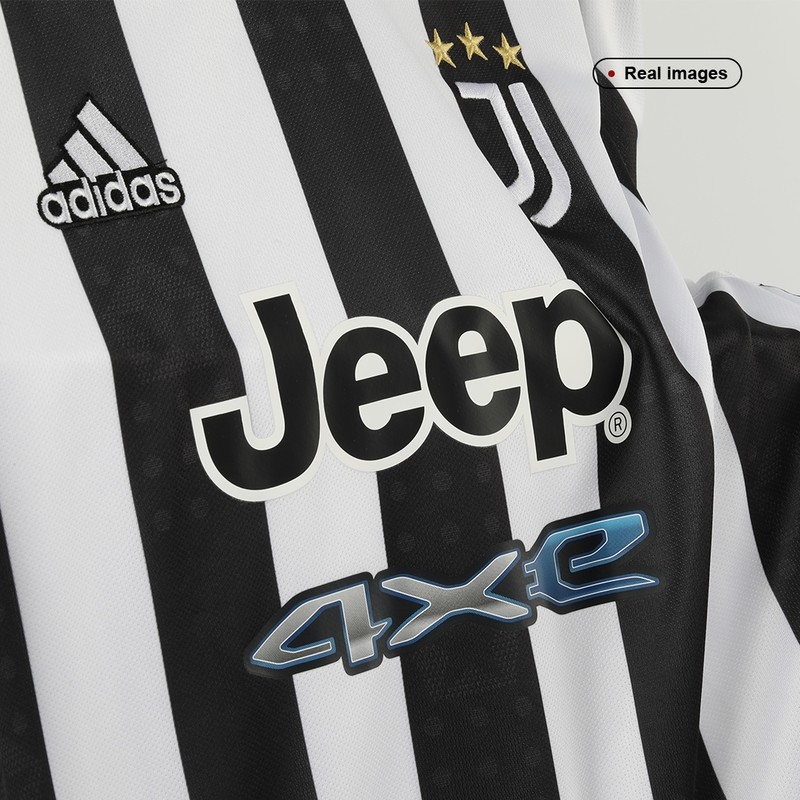 The shorts of the Adidas Juventus 2021-2022 home jersey are white, and the black or white socks will depend on the opponent's situation.

The new home jersey is made of PRIME GREEN sports performance-type environmentally friendly materials, and the concept of sustainability is the core of innovation. 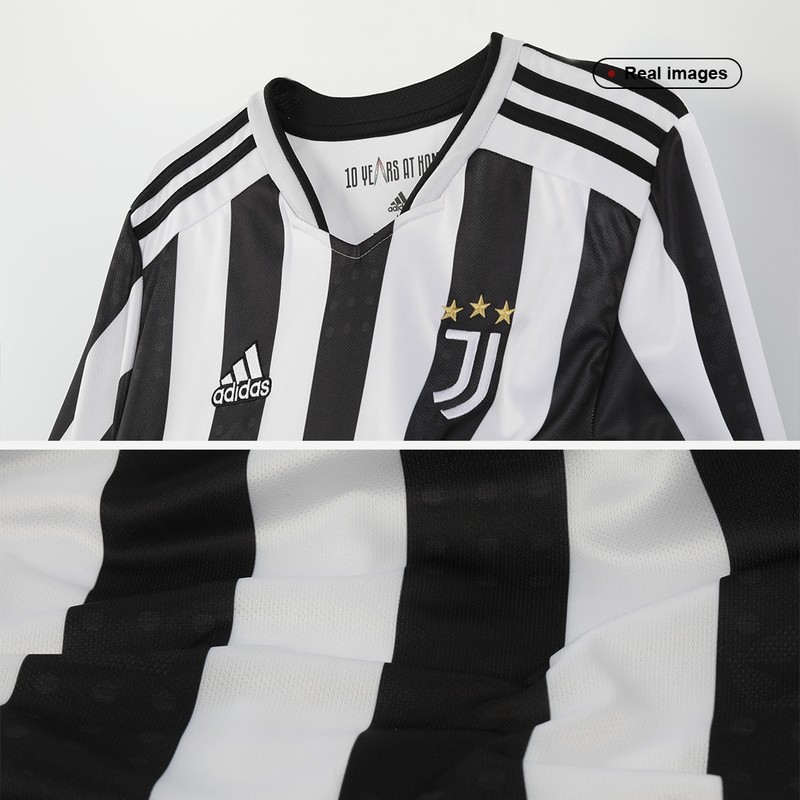 Keep this in mind.:

Printing may cause the delivery time to be extended.

Order over $80 can add one Discount Jersey.