Jorge Luiz Frello Filho Cavaliere OMRI, known as Jorginho, is a professional footballer who plays as a midfielder for Premier League club Chelsea and the Italy national team.

Retro Italy Away Jersey 1994 By Adidas

Jorge Luis Frello Filho, better known as Jorginho, is an Italian professional footballer who plays for Premier League club Chelsea. Although Born in the city of Imbitumba, Brazil, Jorginho's nationality is Italian. On the international level, he plays for Italy national team which is famous for being the most tactical national football league. The footballer is a versatile player with the ability to play in any midfield position. He was also a great penalty taker and made wonders at Euro 2021 and his performance was praised by a lot of football pundits. 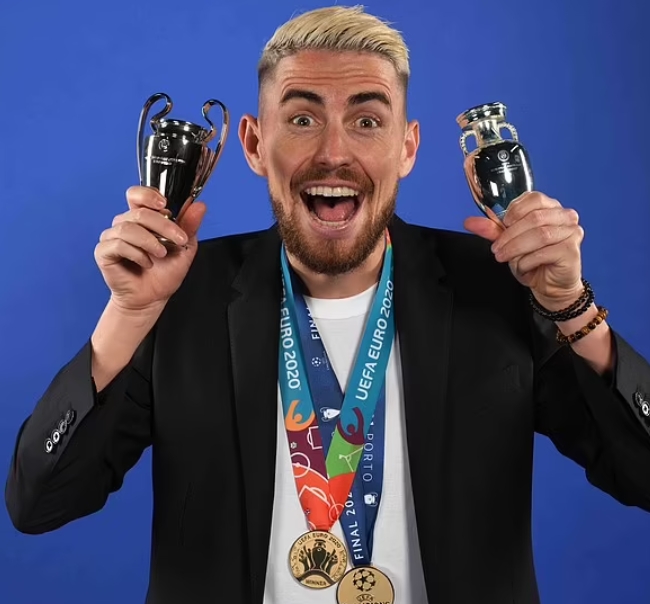 At an early age, Jorge Luis Frello Filho moved with his family to Italy. He started to play professional football in 2007 for Verona and was loaded out to Sambonifacese in the same year in which he played 31 matches and scored 1 goal. In January 2014 he joined Napoli in a co-ownership deal with Verona for around 4 years where he won many games and trophies like Coppa Italia, and Supercoppa Italiana. On July 14th, 2018, he went on to join Chelsea for £50 million on a five-year contract and played as a midfielder and penalty taker in the team. His jersey number is 5. On 29 May 2018, Jorginho featured in Chelsea's 4–1 victory over Arsenal in the 2019 UEFA Europa League Final. In the 2019 UEFA Super Cup against Liverpool on 14 August, Jorginho scored the equalizing goal from the penalty spot in extra-time an eventual 2–2 draw. On 29 May 2021, Jorginho won his first-ever Champions League with Chelsea, beating Manchester City 1–0 in the final. On 26 August 2021, Jorginho was named UEFA Men's Player of the Year Award beating out his Chelsea teammate, and UEFA Men's Midfielder of the year. On 29 November, he placed third in the Ballon d'Or, behind winner Lionel Messi and Robert Lewandowski.

Looking for a Chelsea Jersey? Check out our latest Jorginho Chelsea Jersey on Gogoalshop. Our custom jersey is perfect for any die-hard Chelsea fan. It features the team's crest on the chest, Jorginho's name and number on the back, and is made of 100% polyester. Whether you're cheering on the Blues from the stands or watching at home, you'll be sure to look like part of the team with Jorginho Chelsea Jersey!

The Italy home jersey 2020 is a gorgeous representation of everything that makes this country so loved around the world. Inspired by their rich artistic traditions and architectural styles from Renaissance-era Italy, they've created a design with intricate floral patterns which will have you turning heads both on-field or off! What's more (and something we're sure], it also embodies what it means to be craftsmanship in Italian culture; exuberant energy coupled with unshakable pride. 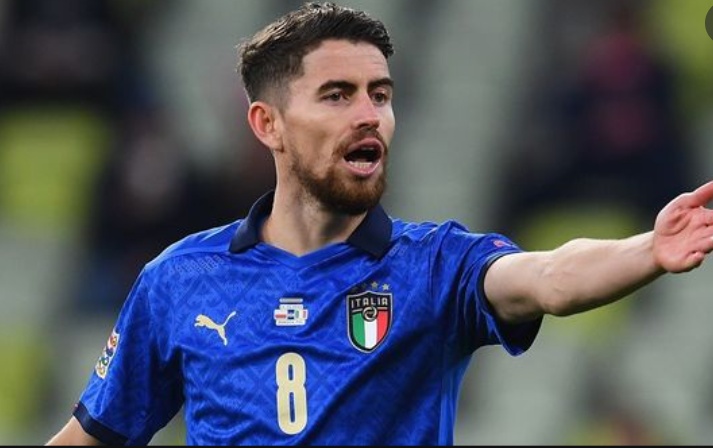 What’s worth mentioning is that this Italy soccer jersey is also inspired by Renaissance artworks and architectural styles. Among all Italy jerseys, this great piece is for sure the one that most of our fans would choose to buy because of its iconic and sharp design.