[168]
Argentina jersey is ready to ship, and sale on Gogoalshop. The Argentina national team has been a part of history for generations, with their most recent accomplishment being two-time World Cup Champions. They've deployed some of the greatest names to ever appear in a soccer game and possess excellence that cannot be matched by any other country or squad on earth today - not even close! The Argentina national team has been staffed by some of the most talented players in world football. Like the famous star player Lionel Messi(Orion), he also plays on PSG.
Filter & Sort


If this is your first visit, then congratulations! Register as a member can get a $10 Coupon!!

You are about to embark on a wonderful journey to discover the most fantastic soccer clothes in the world.

Here at Gogoalshop, you won't feel like a stranger but a fellow soccer fan!

Gogoalshop online Shop was founded in 2011, specializing in customized cheap soccer jerseys. In the past 11 years, Gogoalshop has provided more than 130,000 soccer jerseys to 170,000 fans from 69 countries or regions worldwide and won many customers' appreciation.

We focus on giving you high-quality custom cheap soccer jerseys, where you will get a satisfied, worry-free, assured, and reliable online shopping experience.

Ever since 1994, Argentina's best result in the World Cup was only the runner-up in 2014. In the other World Cups competitions, Argentina's best result was finished only in the quarter-finals. Even in Copa America, its latest championship title was in 1991 and 1993. It has been 26 years since the Copa America record holder missed the championship for 10 consecutive times.

The Argentine national team is a strong team in the history of world football. In the history of Argentine football, there has been a generation of football legend Maradona, the greatest player of today and 6-time winner of the Ballon d'Or Messi, Pampashon Eagles also left many impressive moments in World Cup history.

Lionel Messi is acknowledged as one of the greatest footballers of all time. From his childhood days kicking a ball on the streets of Rosario, Argentina, through his rise at the Barcelona academy and PSG, Messi has dribbled, dazzled, and fired his way into the footballing elite. In 2010 and 2014, Messi faced a structured and sophisticated defense web from the opponents. Especially in 2014, although he did not have the miracle of Maradona's five goals and five assists, he led the team all the way to the final, which was a remarkable achievement. Messi's solid performance at the World Cup in Brazil is also worthy of praise. 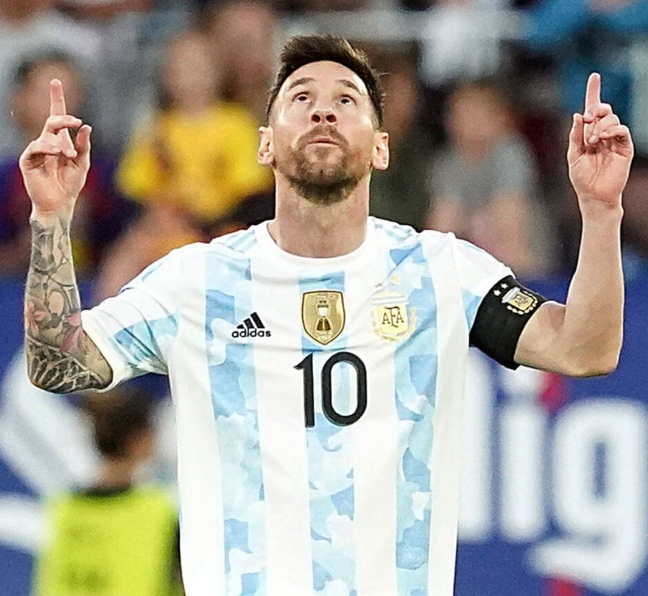 Argentina's 2022 jersey is just released at Gogoalshop. The design of this year's jersey tends to be more stylish and retro. Compared with last year's fashionable camouflage pattern, the style is quite different. 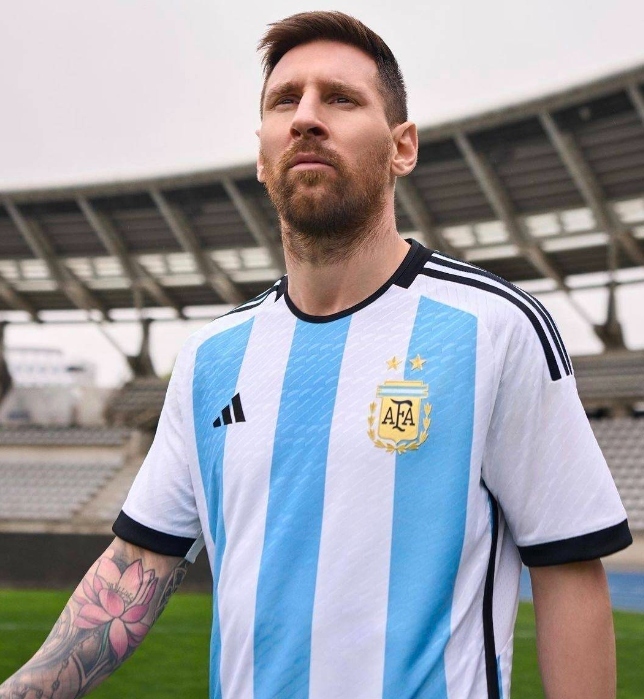 The new Argentina jersey has a new font which may differ from team to team at the 2022 World Cup. Argentina's new jersey is also the first to feature the new Adidas logo. The new logo has not changed much, despite the that there is no "Adidas" under the three-stripe logo on the chest. The stripes on the front of the new Argentina home jersey have a classic design. But the stripes on the back are pretty unusual. The vertical bars on the back have different sizes. There are two thinner sky blue stripes in the middle and two wider stripes on the outside. The wider stripe is about three times wider than the middle thin stripe. This design makes the back of the jersey look much alike the elements of the Argentine flag. A design element also based on the national flag is where the Argentine national emblem "Sun of May" appears on the back under the collar.

The Argentine women's football team took the lead in wearing this 2022 home jersey in the Women's Copa America this month. The Argentina 2022 home jersey will not be on sale on the official website until August 29, but they are already available at Gogoalshop.