[87]
Get $10 off your first order, Order over $90 can get a $9.9 Germany jersey. The German national football team is one of the most famous teams in the world, with an excellent record both on home soil and abroad. It's extraordinary to think that Germany is the only European nation in world soccer history that has won a FIFA World Cup match against America.
Filter & Sort
 Retro Germany Away Jersey 2016 By Adidas

Retro Germany Away Jersey 1992 By Adidas

Retro Germany Away Jersey 1994 By Adidas

If this is your first visit, then congratulations! Register as a member can get a $10 Coupon!!

You are about to embark on a wonderful journey to discover the most fantastic soccer clothes in the world. Here at Gogoalshop, you won't feel like a stranger but a fellow soccer fan!

Gogoalshop online Shop was founded in 2011, specializing in customized cheap soccer jerseys. In the past 11 years, Gogoalshop has provided more than 130,000 soccer jerseys to 170,000 fans from 69 countries or regions worldwide and won many customers' appreciation.

We focus on giving you high-quality custom cheap soccer jerseys, where you will get a satisfied, worry-free, assured, and reliable online shopping experience.

Germany national team has enjoyed a lot of success on the football field. Are you looking for a Germany jersey to support your favorite team? Gogoalshop offers a wide range of Germany jerseys covering different versions from women, and men to kids. You can even customize your Germany jersey with the names and numbers of your favorite players, such as Lothar Matthaus, Miroslav Klose, Franz Beckenbauer, and Oliver Kahn. So follow up with this guide to purchase the right Germany jersey you truly need. 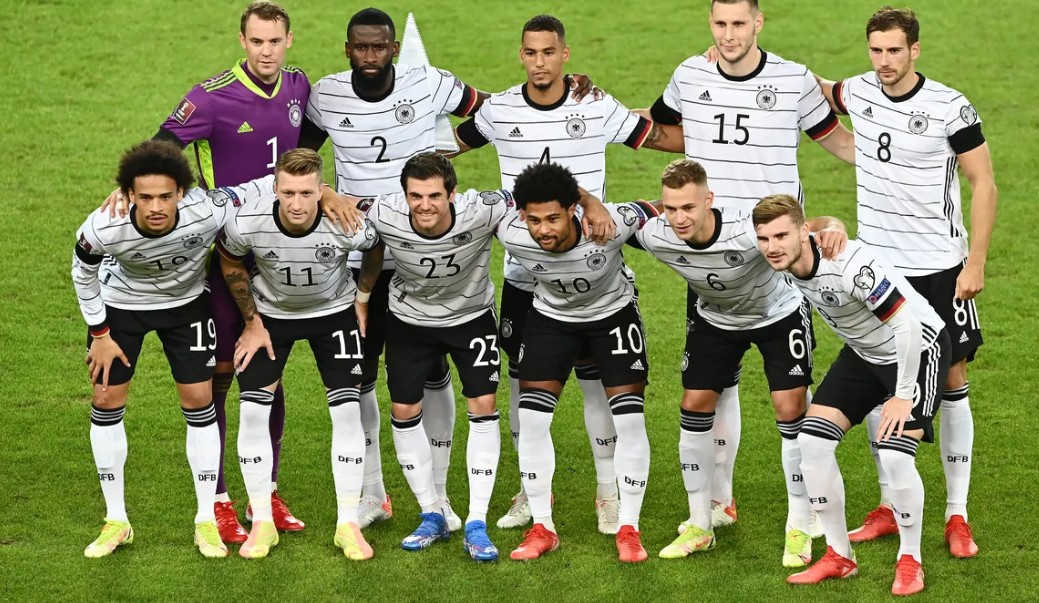 At the heart of German football lies the Germany jersey – a symbol of national pride and a source of inspiration for players across the country. The jersey is known for its classic design, featuring black and white stripes that represent land and sky. These iconic colors have come to define Germany's football culture, drawing in fans from around the world who marvel at its timeless beauty. But beyond its aesthetic appeal, the Germany jersey also holds great symbolic significance, representing the strength and perseverance of German footballers who have achieved great success on the pitch. Whether working together as a team or competing fiercely against their rivals, Germany jersey have always embodied the fearless spirit of this legendary jersey, proving themselves to be true champions both on and off the field. So if you're looking for an unbeatable combination of style and substance, look no further than the Germany jersey – an unbeatable icon that embodies all that is best about German football.

Among all Germany jerseys sold at Gogoalshop, the best-selling Germany jersey is Germany Home Jersey 2020. It has received tons of positive feedback from our fans, which is now the most worth-buying Germany jersey of this year in our store. The unique design of the new Germany jersey embodies the passion and emotion shared by fans and players alike. This innovative design was hand-painted by Adidas designers, and eventually became the inspiration for the pattern, color selection, and digital graphics of the Germany home kit. 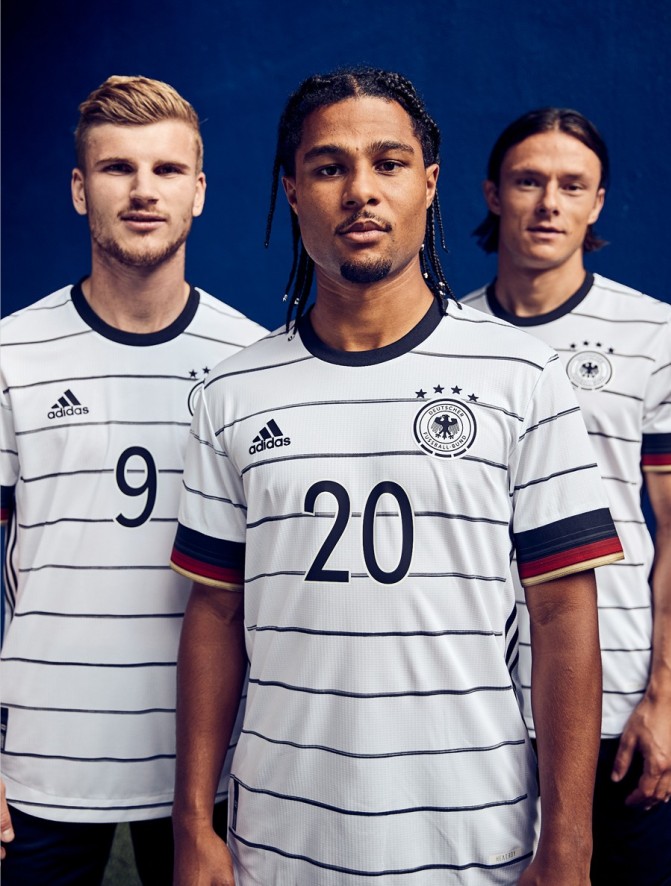 The bold black and white color scheme of this iconic jersey continue the tradition of the "German Chariot" home kit, making it instantly recognizable on and off the field. Paired with striking red cuffs in a modern take on traditional trimming, this jersey is truly special. The iconic black, red, and yellow stripes instantly recognizable as symbols of German pride are also a nod to the team's legendary successes at previous World Cup tournaments. One thing is clear - this shirt captures all the spirit and history that makes fans love it so much.

When it comes to football, Germany is known for producing some of the most talented players in the world. Many of these players have worn the Germany jersey with pride, embodying all that it means to be a champion on the field. Some notable names from the German national team include Lothar Matthaus, Miroslav Klose, Franz Beckenbauer, and Oliver Kahn. These players are remembered not only for their amazing technical skills and athleticism but also for their dedication to their craft and their unquenchable desire to win.

Lothar Matthaus is the most-capped German national team player ever with 150 goals. Miroslav Klose is their top goalscorer with 71 and is also the record all-time goalscorer in the history of the FIFA World Cup. 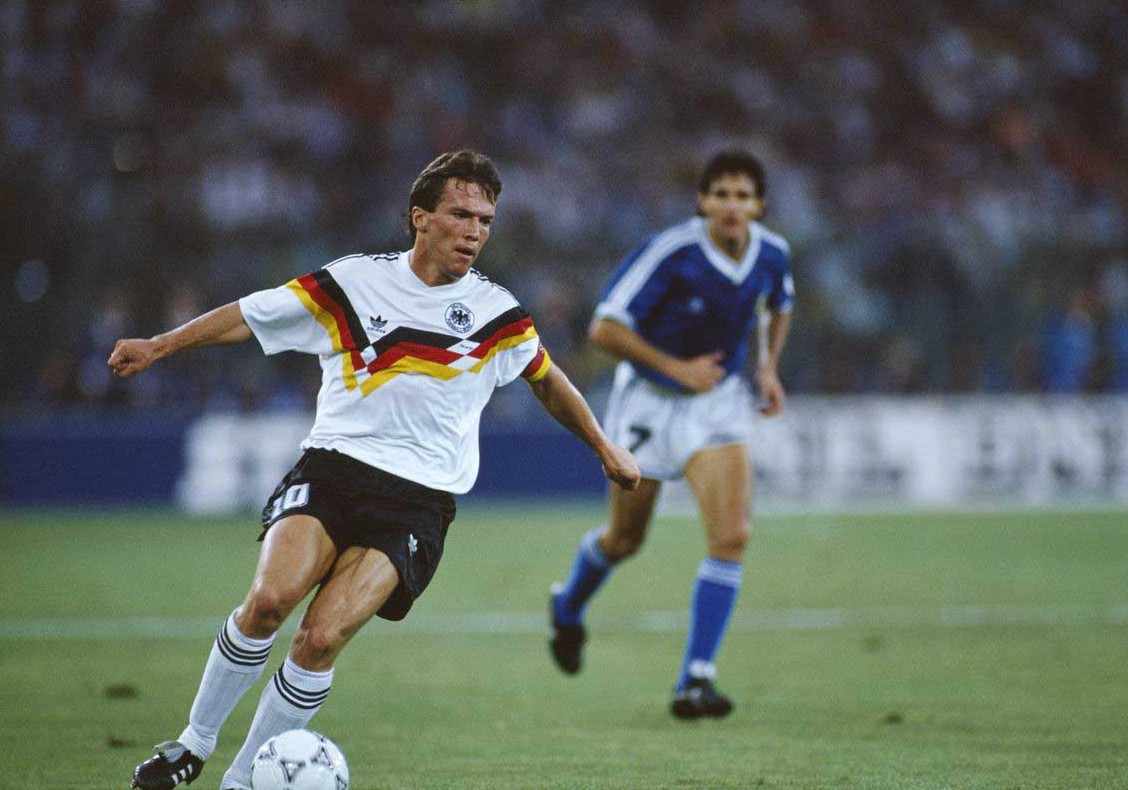 Franz Beckenbauer is also held in the highest regard among German soccer fans, having made more than 100 appearances for West Germany and inspiring the team to win the 1972 European Championships and the 1974 World Cup, as well as going on to manage his country to victory in the 1990 World Cup. In the modern era, legendary player Oliver Kahn became the first goalkeeper to ever win the Golden Ball for the award of the best player of the tournament at the 2002 World Cup.

History of the Germany national team

In 1900, the German Football Association was founded by representatives of 86 clubs. This played a major part in consolidating various German regional competitions into a single national league, which came to pass in 1902. The national team played its first official match in 1908, losing to Switzerland 3-5. They took part in the 1912 Olympics football tournament, which is remembered for Gottfried Fuchs scoring 10 goals in a 16-0 victory against Russia.

The Glory of Germany national team

Germany was world champions in 1954, 1974, 1990, and 2014, making them the second-most successful team on the global stage behind Brazil, who hold five World Cup titles. Die Mannschaft also won the European Championships in 1972, 1980, and 1996 and the FIFA Confederations Cup in 2017. They are also the only nation to win the men's and women's World Cup tournaments.

East Germany won the Olympic gold medal in 1976. They used to compete separately from West Germany.

England has a fierce rivalry with Germany, which has been stoked by important meetings in major tournaments. West Germany felt aggrieved for their 1966 World Cup final defeat, but so did England when they lost 4-1 to Germany in the last 16 of the 2010 World Cup with Frank Lampard seeing a goal ruled out that clearly crossed the line. There are also rivalries with France and the Netherlands, who have enjoyed periods of success where they have threatened Germany and Italy.