[50]
Spain is the champions for 2008 European Cup and 2010 World Cup. The new season spain soccer jerseys are wonderful. And we can print many players name with original style letter and number. Such as: Sergio Ramos, Xavi, David Villa, Casillas，Pique, Puyol, Fabregas and so on
Filter & Sort


The Spanish national team is one of the most storied and successful teams in the history of soccer. With multiple World Cup trophies, Eurovision wins, and other prestigious titles to their name, they are a force to be reckoned with on the international stage. To represent their country at such a high level requires immense skill, dedication, and talent, which is why fans love to see them out on the field in their classic Spain jersey. Whether they are battling it out in La Liga or competing on an international level, this team always looks sharp and has what it takes to come out on top. 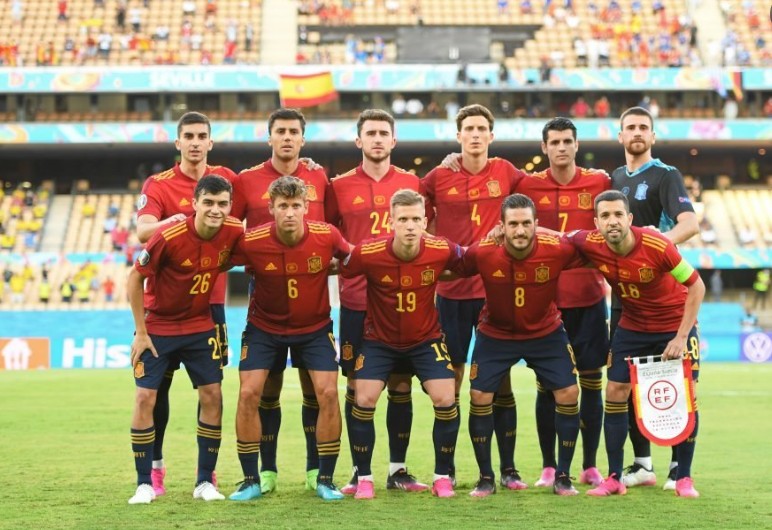 The team's iconic jersey has also played a huge role in making Spain one of the best teams around. With its bright red color and classic design, it perfectly embodies Spain's fierce style of play and serves as a symbol of the nation's unwavering commitment to excellence. Whether you're watching from home or cheering on your favorite team at a live match, putting on a Spain jersey is sure to get you fired up and ready to go!

The Spanish Football Federation was founded in 1909, with the first national team being formed in 1920 in preparations for the Olympics. They would play their first international match on 28 August 1920, defeating Denmark 1-0 on a winner from Patricio Arabolaza. They then played hosts Belgium, who triumphed 3-1 and went on to win the tournament. Following the final match, Spain entered a consolation tournament with three other national teams. In the first match, Spain came from behind to defeat Sweden 2-1. They followed it up by defeating Italy 2-0 in the semi-finals, with Félix Sesúmaga scoring a brace. Shockingly, this was the first and only time Spain would beat Italy in an official match until 2012. The consolation tournament finals saw Spain face off against the Netherlands. Once again, they came out victorious, winning the silver medal in the process.

Spain is known for producing some of the greatest soccer players in the world. Many people recognize some of the top names, like Xavi and Iniesta, who have long been fixtures on Spain's national team. But one player, in particular, has risen to become a true star on Spain's national team: Sergio Ramos. With his innate ability to score big goals at the most critical times, Sergio Ramos has cemented his reputation as a true champion of the sport. Whether he's scoring late in crucial matches or showing off some dazzling footwork, Ramos always stands out from the crowd and brings essential energy to the Spanish squad. And with his skill, leadership, and passion for the game, there is no doubt that Sergio Ramos jerseys will continue to be sold out as soon as the latest ones are released.

The Spanish national football team has a long and successful history, having won the World Cup in 2010 and the European Championship in 2008 and 2012. The team is currently ranked number one in the world, and they are one of the favorites to win the 2018 World Cup. The Spanish team play an attractive style of football, based on possession and short passes. Their iconic red and yellow jersey is recognized all over the world, and they have a huge number of supporters. The Spanish team are a force to be reckoned with, and they will be looking to add another World Cup trophy to their collection this November. 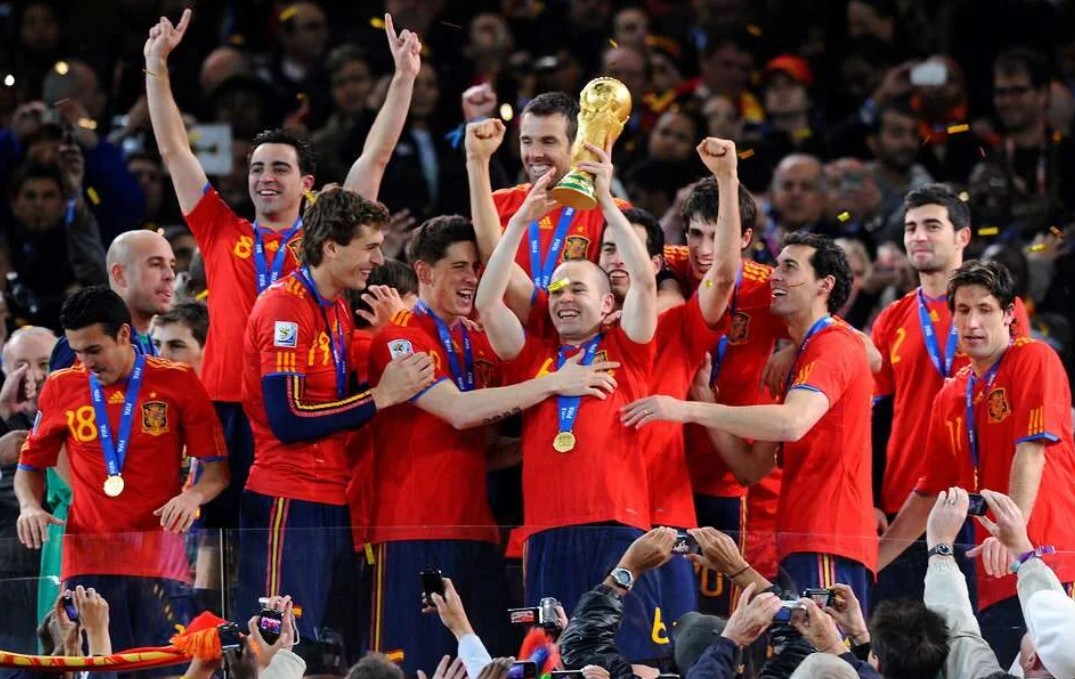 Among all Spain jerseys, Spain home jersey 2022 is sure the hottest jersey frequently discussed by our fans.

As the world gears up for the upcoming World Cup in 2022, excitement is already building around all of the competing nations and their respective jerseys. Spain has been making quite a splash on social media, whose jersey for the tournament has just been unveiled. The jersey sports an eye-catching red and yellow color scheme, with intricate gold detailing across the chest. In addition, it pays homage to Spain's long history as a fierce soccer superpower, featuring images of well-known players from past tournaments such as Iker Casillas and Andres Iniesta. Overall, it's safe to say that Spain's jersey is one of the most buzzed-about designs ahead of this year's World Cup, so fans will be eagerly anticipating its release in 2022. Whether you're an avid soccer fan or just love stylish jerseys, Spain's next jersey is sure to be worth getting excited about! Good news is, this Spain jersey will be available at Gogoalshop soon.

The new Spain jersey 2022 introduces a clean design in red with accents in navy and yellow. The standout feature are the sleeve cuffs, which are navy with the Spanish flag in the center. The centered placement of the supplier and federation logos on the chest is also notable.

Looking to get your hands on the latest Spain jersey? Look no further than Gogoalshop, which is the premier destination for all things soccer gear and apparel. Whether you're looking for something new to show off to all your friends or need some high-quality gear to support your favorite team on game day, this Spain jersey is a perfect choice. So don't wait - pick up your very own Spain jersey today and get ready for an epic season of soccer!