The Ajax 21-22 third kit was just launched by Adidas, introducing a bespoke and unique look for the Eredivisie champions.

The black shirt is decorated with the red, green, and gold colours associated with the Rastafari religion and one of its most famous followers reggae star Bob Marley.

The Ajax 21-22 third jersey is mainly black with a v-collar. The Rastafari colors red, green, and gold are used for the 3 Stripes, which are placed on the shoulders of the Adidas Ajax 2021-2022 third kit, as well as the sleeve cuffs.

The logos on the front of the new Ajax third shirt are plain red, matching the inner neck lining. Three birds, colored red, yellow and green, appear on the upper back of the jersey. 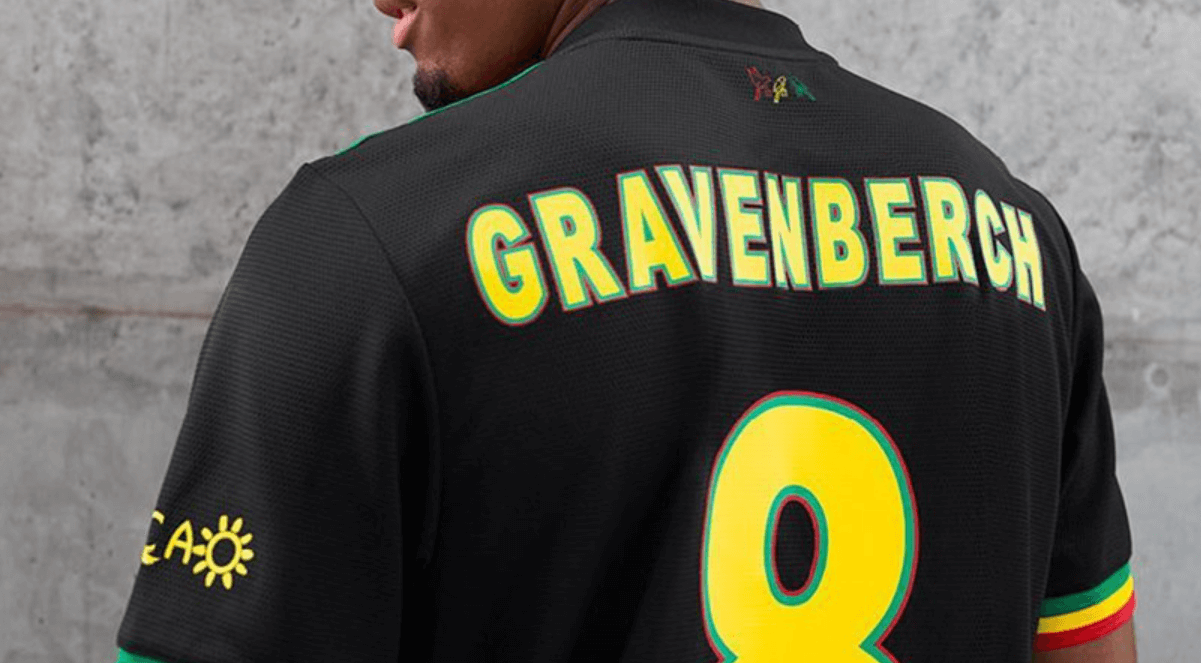 The jersey is paired with black pants and socks. The socks of the Ajax 21-22 third kit are black with there X's on the front and the 3 Stripes applied in the same style as on the shirt and shorts.

Marley's song "Three Little Birds" has become an unofficial anthem for the Dutch club after it was sung by Bob's son Ky-Mani Marley at the stadium. It's still regularly sung by the Ajax fans. 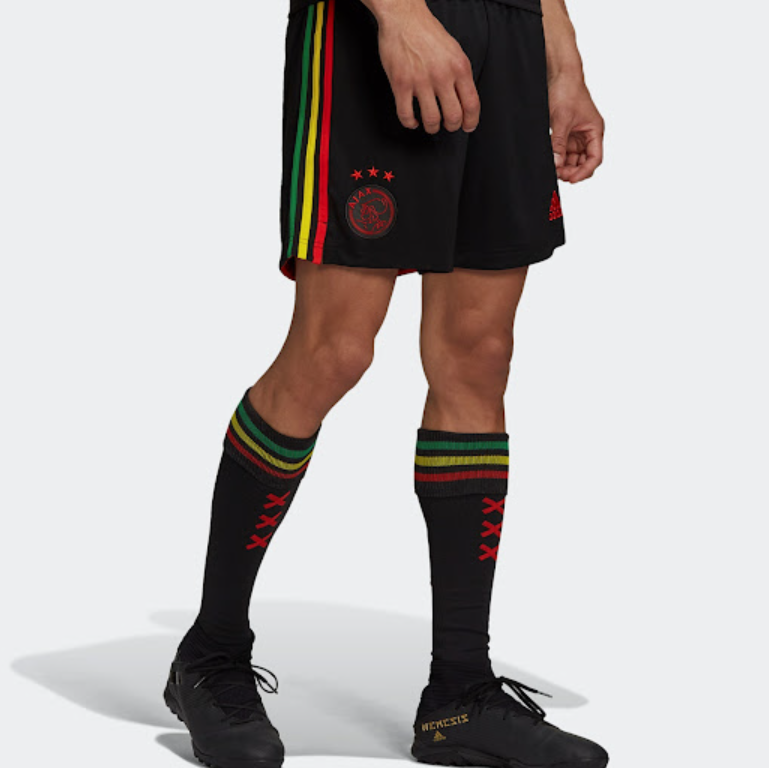 Amsterdamsche Football Club Ajax, also known as AFC Ajax is a Dutch professional football club based in Amsterdam, that plays in the Eredivisie, the top tier in Dutch football. Historically, Ajax (named after the legendary Greek hero) has been the most successful club in the Netherlands, with 35 Eredivisie titles and 20 KNVB Cups. It has continuously played in the Eredivisie, since the league's inception in 1956 and, along with Feyenoord and PSV Eindhoven, it is one of the country's "big three" clubs that have dominated that competition.

Ajax is known as the world's No. 1 soccer star players' center, and its youth training system has cultivated a large number of stars. Ajax players used to be the centerpiece of the national team, including Johan Cruyff, Marco van Basten, Denis Bergkamp, and more. 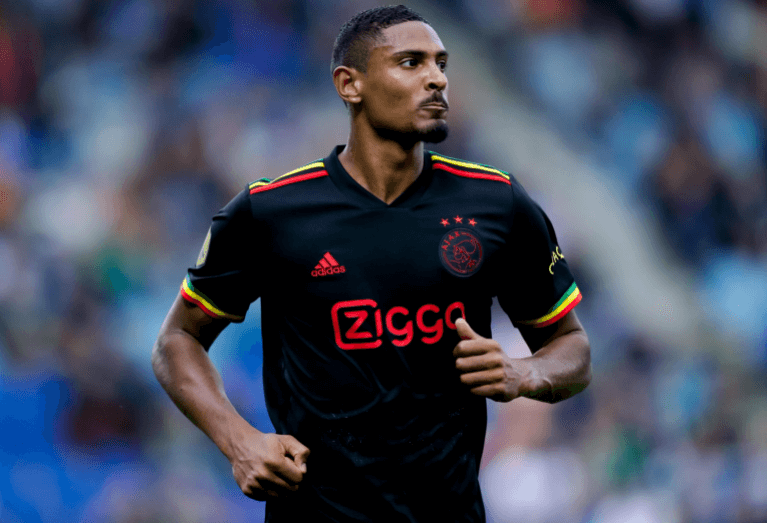 This is one of the players wearing Ajax 21-22 third kit.

The perfect gift for any football fan, the Ajax third kit is now available at Go Goal! Shop.  With an assortment of designs and styles to choose from you're sure not only be able to satisfy your loved ones but also have a great time doing it too.

A very decent kit. the pictures showen on the website are identical with what i recived. very satisfied.

Great quality, looks exactly like the real thing. These jerseys have an authentic look for just a fraction of the price

Great quality real like it was amazing and worth it and gogoalshop is the best only took 13 days amazing!

Order over $90 can add one $9.9 Jersey.
 SIZE GUIDE
The current product is sold out!

 JOIN FACEBOOK GROUP TO GET 2% CASH BACK AND OTHER DISCOUNTS
 JOIN GG CLUB TO GET $10 CASH RETURNS & EXCHNAGES