[86]
Get $10 off your first order, Order over $90 can get a $9.9 ajax jersey. The team known as Ajax has a storied history in Dutch football. They've won many championships and cups, making them one of the most successful clubs in the world! The current squad is trying hard to continue this legacy by playing on high levels every single week without fail Ajax offers something different than any other club--they value winning with honesty so much that they allow multiple winners' medals into their museum collection.
Filter & Sort




Authentic Ajax Away Jersey 2022/23 By Adidas

Ajax Football Club is one of the ten most successful teams in the world as well as the most successful and popular football club in the Netherlands. Ajax jersey is also very popular around the world and are sought after by fans at home and abroad. When it comes to the highly acclaimed Ajax jerseys, among them are the Ajax Bob Marley jersey and the 1970 retro jersey. The first one is hailed by fans as the best Ajax  jersey but also arguably one of the best shirt ever, the latter one were elected to the top of the 50 most iconic Ajax jerseys in the famous French football magazine.

A great variety of styles of iconic Ajax jerseys, from retro Ajax jerseys, and hot-selling Ajax kit, to the latest released Ajax jerseys, are all available at Gogoalshop. Whether you are looking for replica Ajax jersey or an authentic Ajax jersey, whether it is men's or women's, or even for kids, our online store is a good place for you to choose from. By the way, you can't possibly not like some of the outstanding Ajax players, such as Anthony dos Santos, Sebastien Haller, Julien Timber and etc. These football stars have a strong influence on the field of Ajax stadium and out of the field, sweeping ajax jerseys off the shelves as well as online stores.

Ajax's tribute to Bob Marley has led to the hit of an incredible Ajax third away jersey, which is also called the Ajax Bob Marley jersey. It is considered an iconic shirt and one of the best-selling shirts of 2021 not only in Ajax's official store but also at Gogoalshop. Not only does it feature Jamaican colors: a black Ajax jersey with red, yellow, and green accents, but it also features "three little birds" on the back of the neck, which is quite possibly the most subtle touch a football kit has ever seen. The Ajax Bob Marley jersey is inspired by the three little birds of the stadium's national anthem. At one point Adidas posted that the ajax's website crashed as soon as the jersey was released. It can be seen from this point that this is how much this Ajax jersey is sought after by fans.

What Ajax fans are most concerned about is the launch of Ajax's new jersey. What are the features of the new Ajax jersey? The most distinctive detail of the new jersey is the combo of the club's traditional colors and gold, which symbolizes the identity of Ajax's championship. Ajax's home jersey has always been very "symbolic". The red ajax shirt with white sleeves and the white space on both sides of the body is a fixed style. The designer can only seek changes and breakthroughs from details such as collars and sleeves. This is reflected in the addition of dazzling gold details to the collar, cuffs and the edge of the jersey advertisement. In addition, the jersey number and player name printing of the new Ajax jersey are also designed in gold. But overall the change is not much from last season, only new elements have been added. Do our fans notice? Adidas' three-stripes return to the traditional red design. Last season's silver shoulder stripes are a bit incongruous. At the same time, the team logo on the home jersey no longer uses the retro style and returns to its regular form. Do you fancy this new jersey? 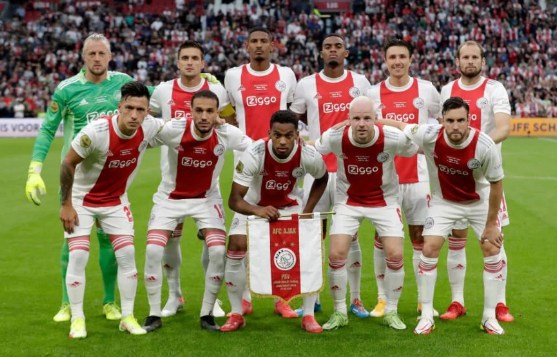 French Football has named Ajax's 1970 kit the most iconic of all time. The well-known French football magazine has done the research and selected a list of the 50 most iconic jerseys of all time. Ajax 1970 jersey topped the list. It’s reported that the 1970-73 Ajax shirt was worn at their peak period in three European Cup victories before Saint-Etienne in the late 1970s. That’s the main reason why it’s on top of all Ajax jerseys and snapped up French Football's biggest attention. 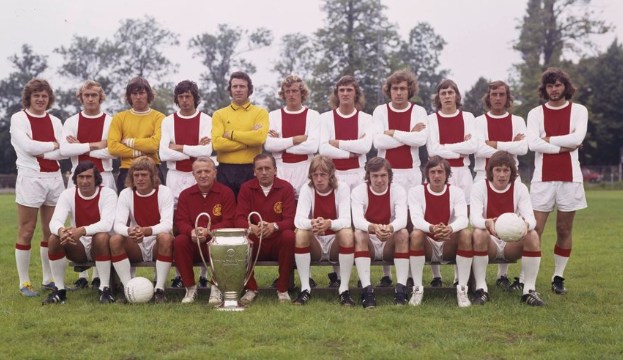 Ajax Amsterdam Football Club, referred to as Ajax Amsterdam, AFC Ajax, and Ajax, Euronext: AJAX, founded in 1900, is a famous football club located in Amsterdam, Netherlands. The club, Feyenoord and PSV Eindhoven are also known as the top three in Dutch football. Ajax is known as the "cradle" of Dutch football and has produced many excellent Dutch players. In the past, Ajax players often became the focus of the national team, including Johan Cruyff, Marco van Basten et al.