The main body of this Real Madrid jersey is white, the Adidas Logo is orange, and the color of sponsor Emirates Airline is blue.

It has a round neck design, a blue collar with orange trim, and a blue + orange retro color combination on the cuffs.

The design of Real Madrid jersey was inspired by Plaza Cibeles in Madrid, which is where Real Madrid celebrated after winning the championship. 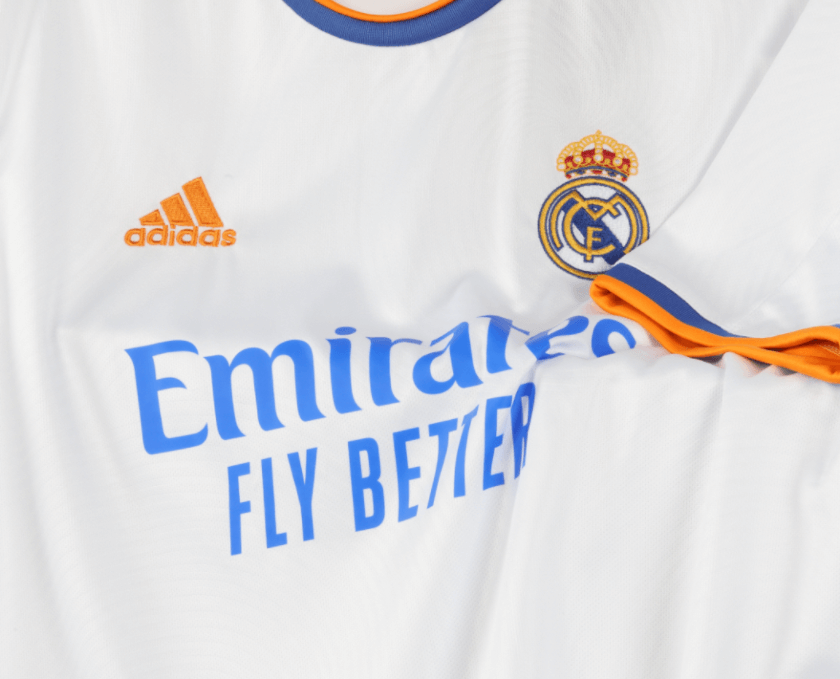 Real Madrid Club de Fútbol is a Spanish professional association football club based in Madrid. The club was formed in 1902 as Madrid Football Club, and played its first competitive match on 13 May 1902, when it entered the semi-final of the Campeonato de Copa de S.M. Alfonso XIII.[1] Real Madrid currently plays in the Spanish top-tier La Liga, having become one of the founding members of that league in 1929, and is one of three clubs, the others being Barcelona and Athletic Bilbao, to have never been relegated from the league. They have also been involved in European football ever since they became the first Spanish club to enter the European Cup in 1955, except for the 1977–78 and 1996–97 seasons.

This Madrid jersey for sale is now available at Gogoalshop. Grad this opportunity and support Real Madrid!