PSG 22/23 kit with discount at GoGoalshop

Nike and the French Paris Saint-Germain club jointly launched the team's PSG home kit for the 2022-23 season. As in the past, the new jersey will be used by all sports teams under the club, including men's football, women's football, youth teams, and handball teams, in the new season and worn in home games.

As always, Paris' new PSG 2022 kit mixes tradition with modernity. The PSG jersey 2022 is presented in the classic style used to be seen at the Parc des Princes, featuring a wide stripe in the center and narrow stripes on the sides, with the club's historic blue, red and white transposed, both familiar and different. 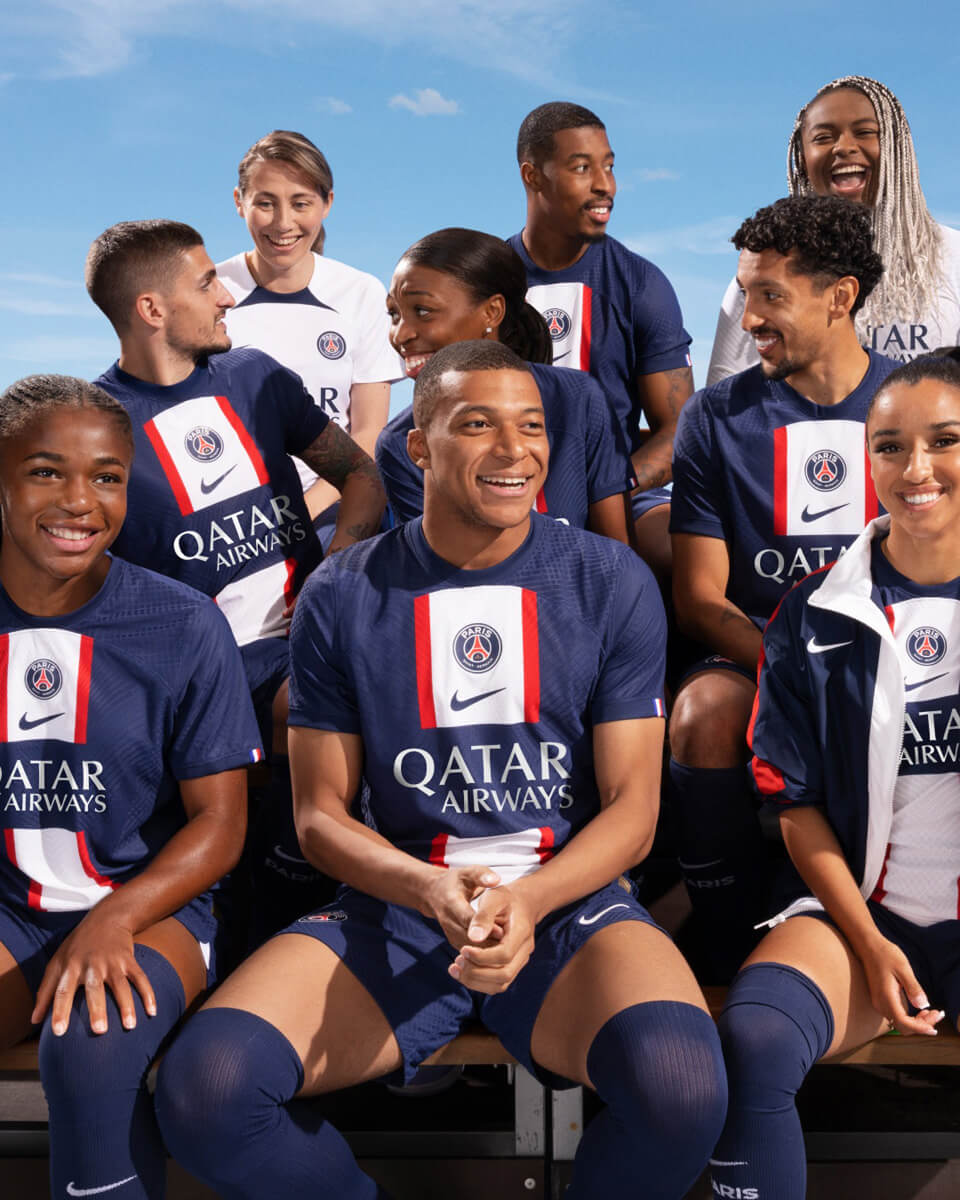 The logo on the PSG jersey 2022 is in the center, while the Swoosh appears below the club crest. The new main sponsor Qatar Airways has also been confirmed, and the and armband sponsor GOAT will appear in Paris Saint-Germain's PSG 22/23 kit. 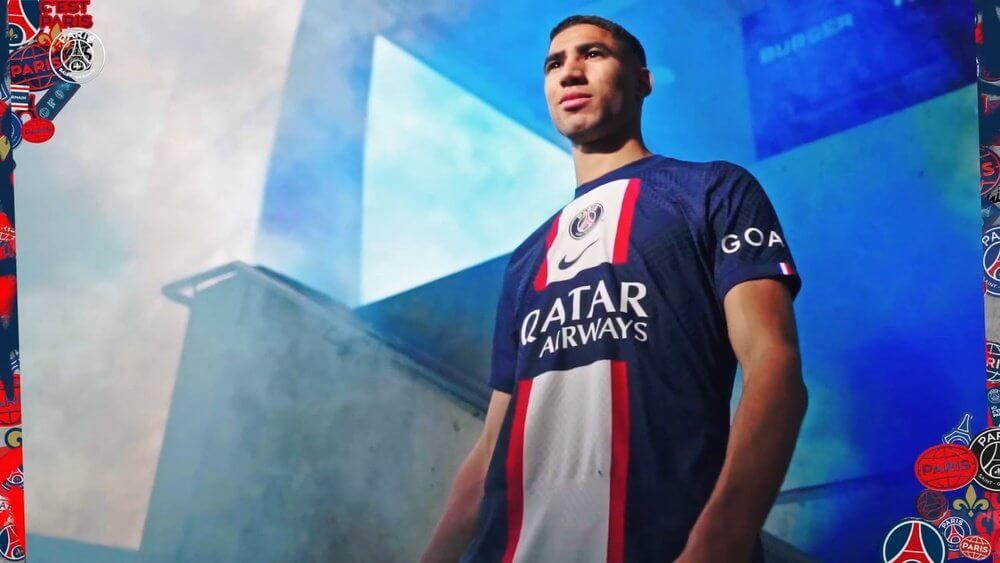 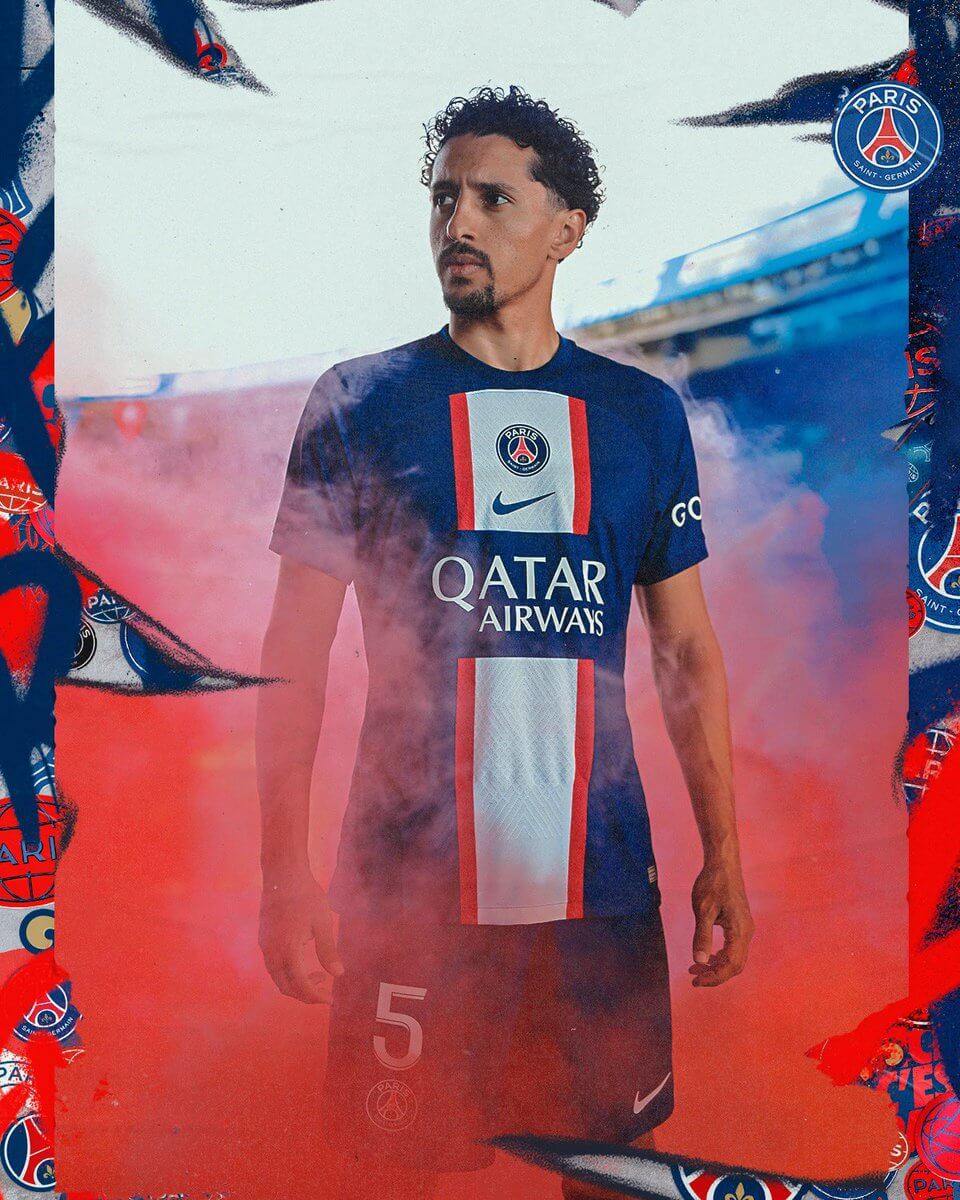 The Nike PSG 22/23 kit is made from 100% recycled polyester fabric for both the Players Edition and the Fan Edition, which is made from recycled plastic bottles. Plastic bottles are collected, cleaned, and melted to create high-quality yarn as part of Nike's "Move To Zero" commitment to sustainability.