The new season's man united new kit 2022 is based on the design of many classic jerseys in the team's history. The white Polo collar and the red geometric shape evolved from the club's iconic "M" letter pay tribute to the classics. The "M" letter element has also appeared in successive Manchester United jerseys, including the famous "Snowflake" jersey. 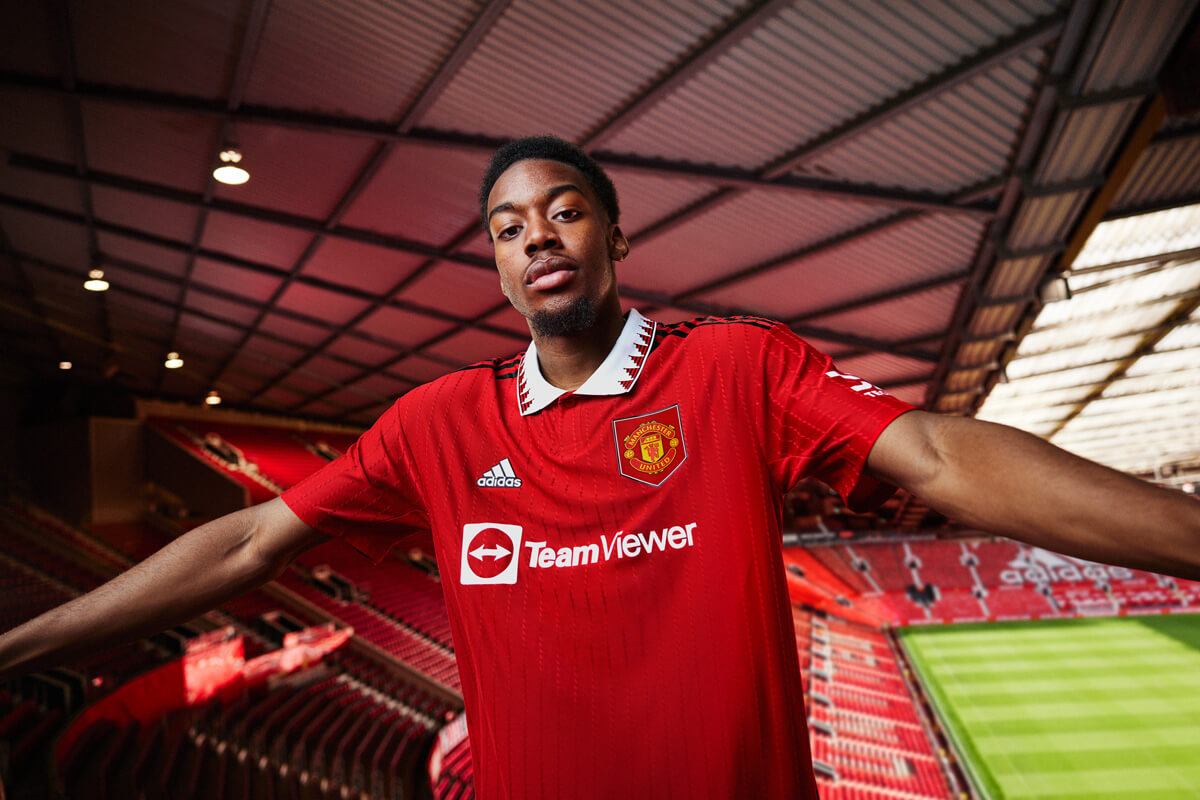 On the basis of following Manchester United's classic red color scheme, the new season manchester united home kit adds a thin stripe design of the same color to the body, which collides with the black three-stripes across the shoulders to form a very impactful color contrast effect. 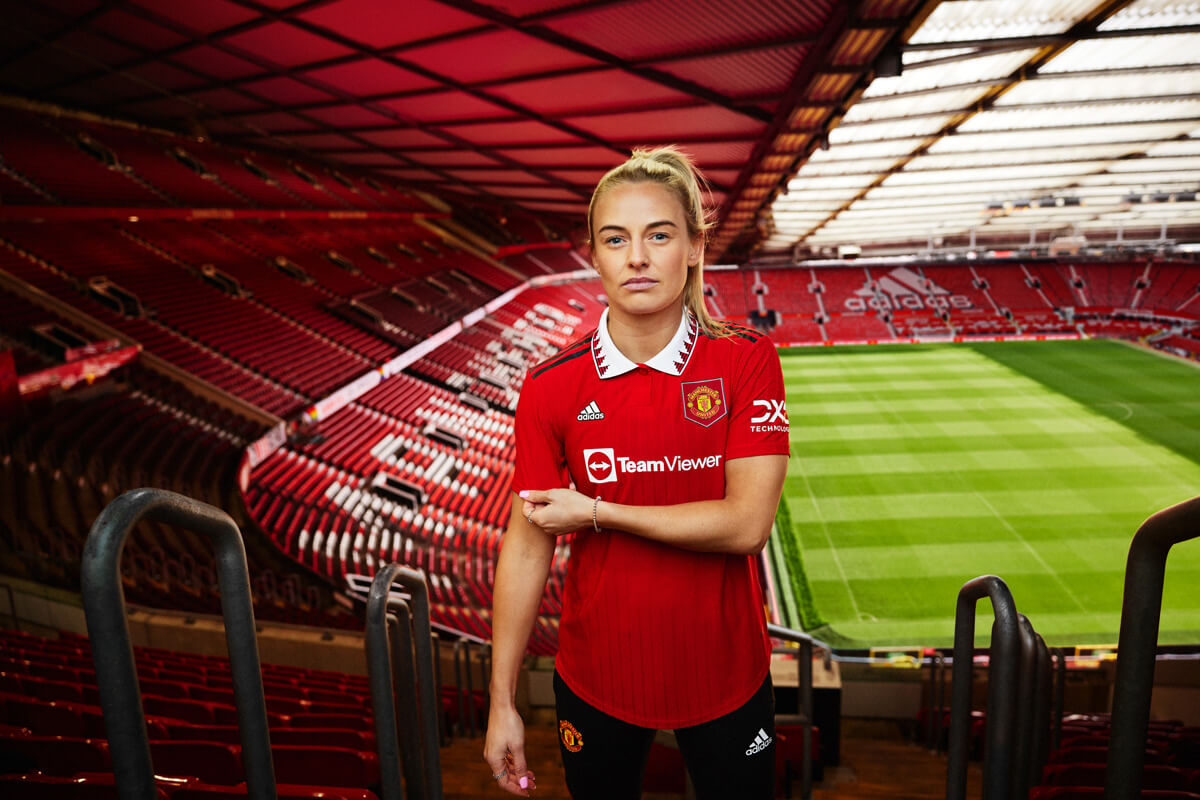 The 2022 man united kit player verion and kids kit are available at Gogoalshop. They feature a red Red Devil on the front and a white Adidas logo on the back. The manchester united home kit is red with black three stripes. 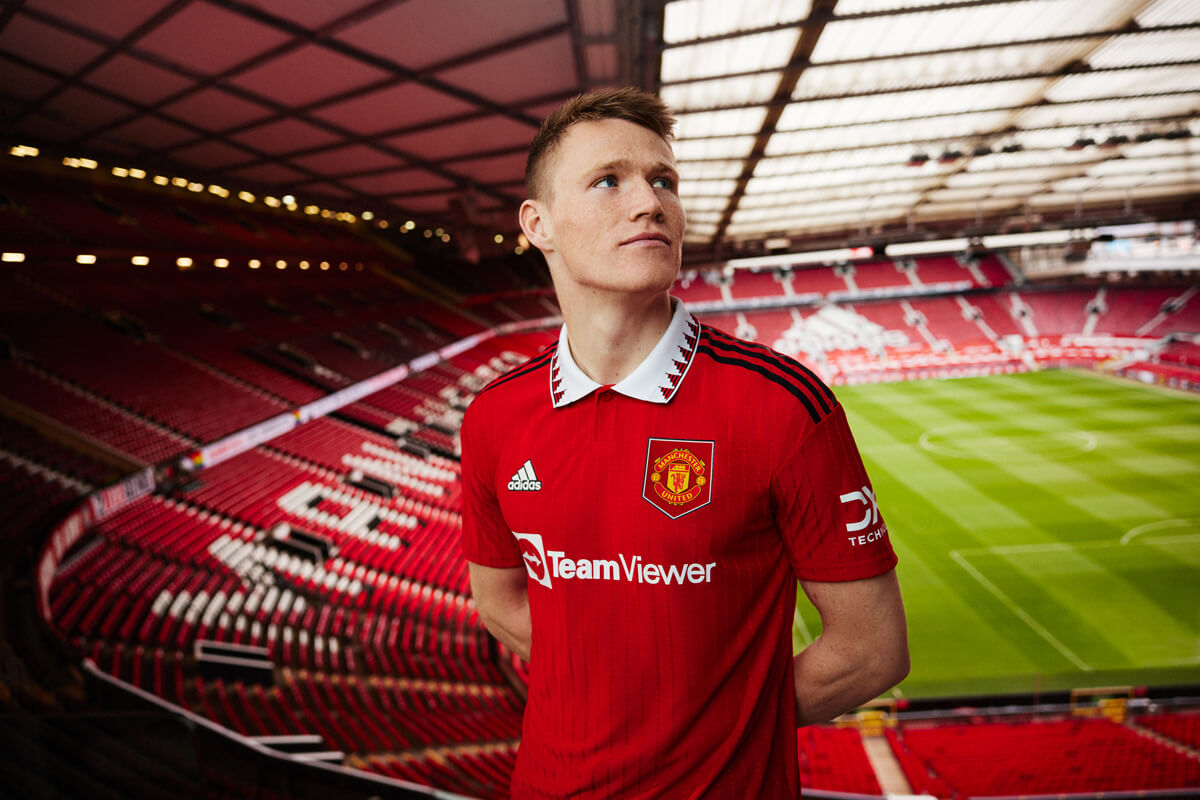 The new player version of the man united kit 2022 is based on the concept of sustainable development and is made of recycled fabrics. Equipped with Adidas HEAT.RDY technology, it promotes perspiration and air circulation, creating a dry and comfortable body feeling, and helping players cool off on the court. The fan version of the 2022 man united kit is equipped with AEROREADY technology, which absorbs sweat and creates a dry body feeling.