German Bundesliga champions Bayern Munich are paying tribute to the city around them with their new away jersey for the 2021-22 season.

The FC Bayern away jersey 2022 is mainly black, with accents like the club crest, Adidas logo and shoulder stripes, sponsor logos and sleeve cuff trim all in gold. The colours are a variation of those found in the Munich city flag.

The back of the FC Bayern black jersey features a print with names and numbers in gold. To complete this nice look, there’s also an intricate design that resembles what you would find on traditional German clothing: “Münchner Kindl," commonly known as City Of Munich's Coat-Of Arms (or Shield). 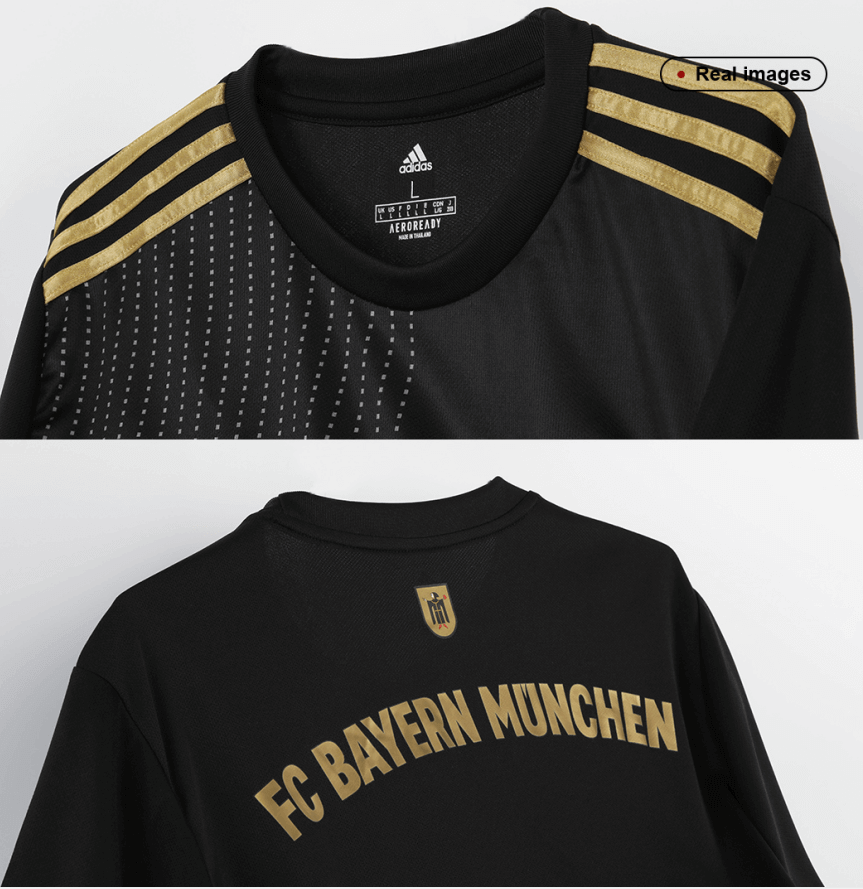 The emblematic figure represents the bond between our club & Bavarian capital city; reminding us how far they have come since their humble beginnings." The collar is solid black, and fine white dots divide the front of Bayern jersey 2021 22 roughly into quarters.

The Bayern Munich men’s team has Deutsche Telekom as the main shirt sponsor and Qatar Airways as the sleeve sponsor.

The new away jersey will be worn by the players for the first time on the last Bundesliga matchday against FC Augsburg. Bayern away jersey 2022 is available now at Gogoalshop. Don't hesitate to support the great team Bayern Munich.