Barcelona Home Jersey 2021/22 By Nike is now released on Gogoalshop!

An all-new look, the Nike FC Barcelona 2021 shirt features an eye-catching and unusual design inspired by the club crest.

The Barcelona jerseys bring a new perspective to the identity of the "Blaugrana", inspired by Barcelona's world-famous club badge, and its design reorganizes the traditional striped t-shirt. 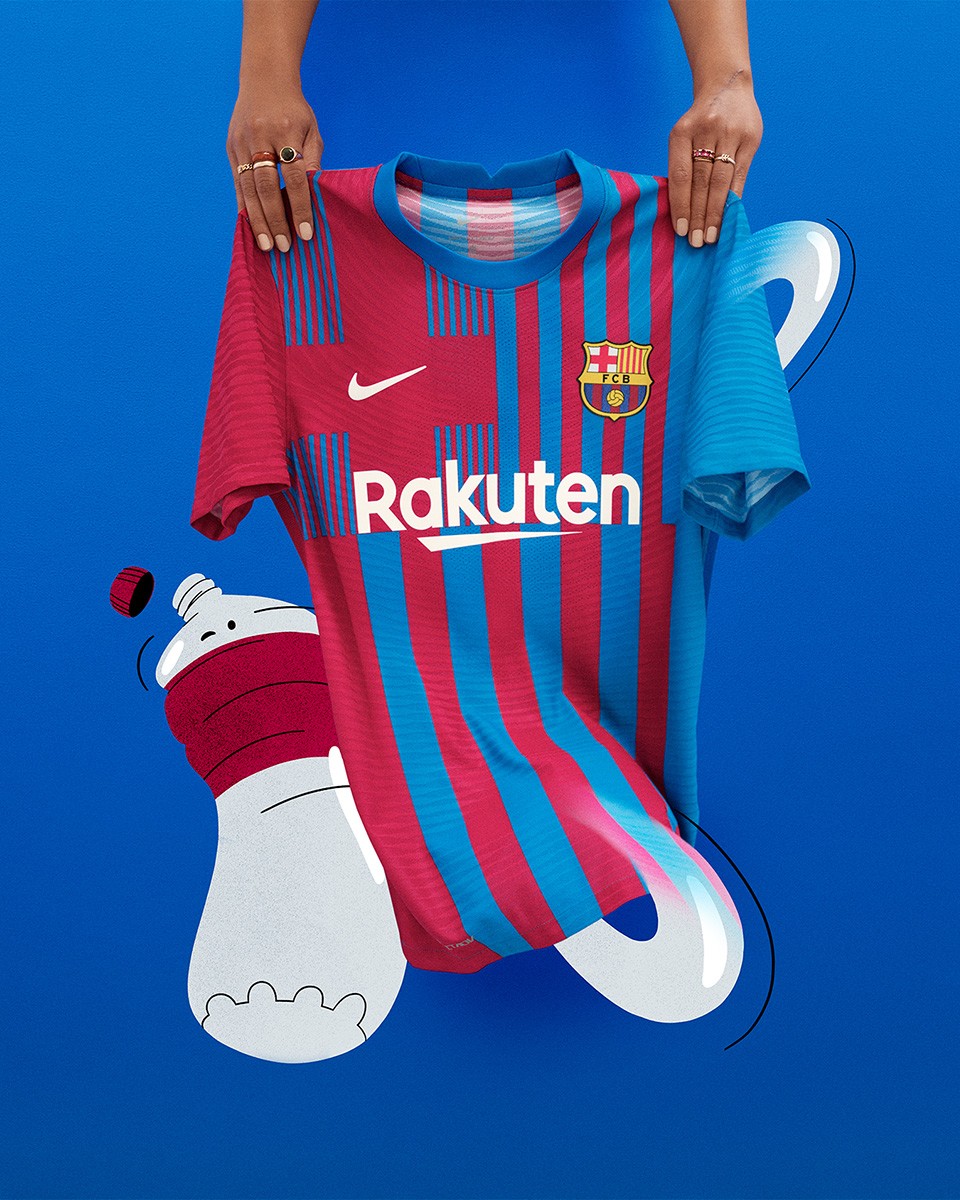 The Nike Barcelona 2021-22 jersey uses the graphics on the club badge and applies them to the entire front instead of the blue and red stripes, halves, or any variations that have been used in recent years. In addition, the design transitions from red on the right to blue on the sleeve on the left. The simple blue round neckline makes the appearance more perfect. In addition, the design of the back of the collar is inspired by the club’s “Senyera” tradition, which is presented with yellow undertones against red stripes. 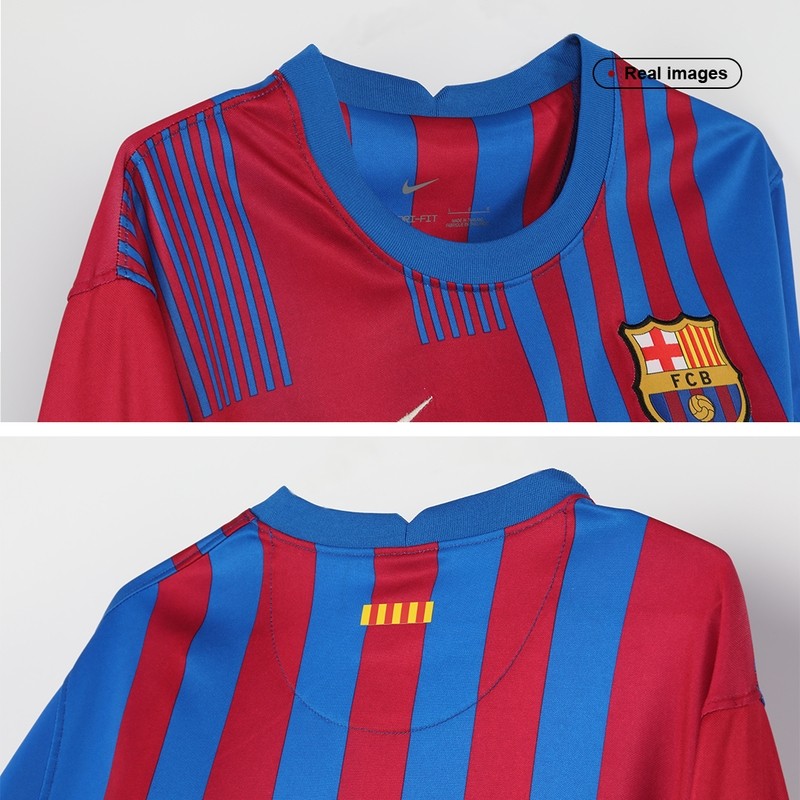 This Barcelona home kit 2021 combines the colors of "Soaring/Noble Red/Light Ivory". The ivory is integrated into the design of the Swoosh logo, jersey advertisement, and back number, while the blue and red are lighter than the previous jersey colors. Half blue and half red shorts and striped socks and jerseys together form a complete image. 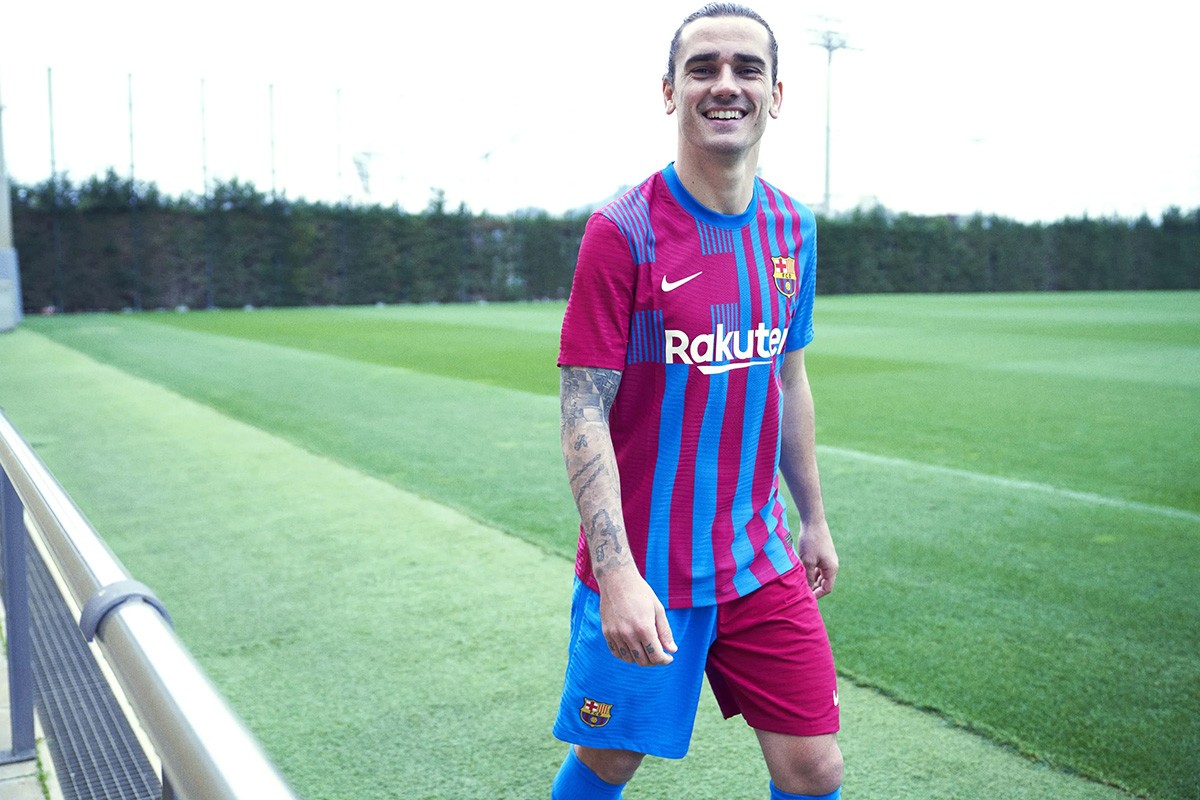 The colours of FC Barcelona are blue and garnet (deep red). They have been chosen at the club’s conception and have remained true throughout the years. It is from these colours that the club receives its famous nickname – Blaugrana (“blau” means blue in Catalan and “grana” means garnet). The team plays its home games draped in the club colours. The Barcelona replica jerseys are traditionally striped blue and red and their shorts are blue. The current version of the FC Barcelona kit features thin red lines on a blue background, blue shorts and blue socks. The team plays its away games in all yellow uniforms with black lettering. Its third kit is light pink with darker pink accents. 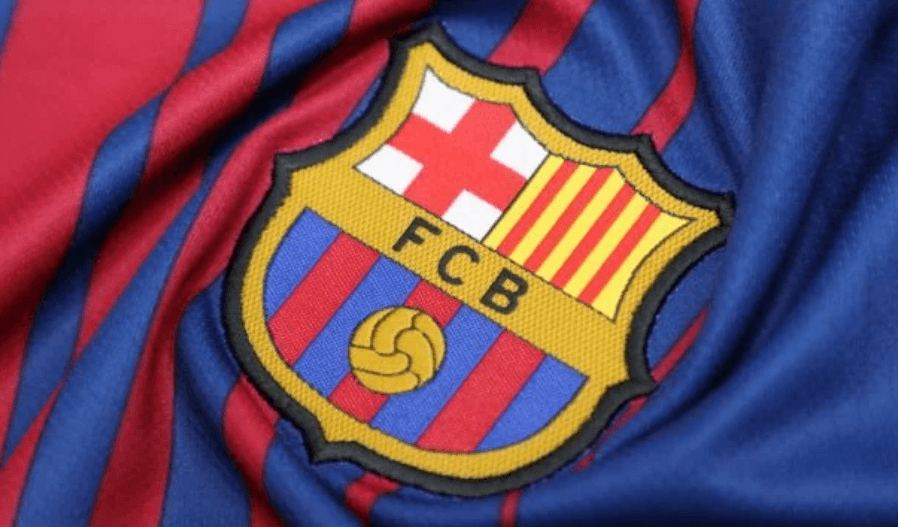 FC Barcelona crest is a bowl-shaped shield which is divided into three parts. The top left features the Saint George Cross (Creu de Sant Jordi in Catalan), which refers to the patron saint of Catalonia. The top right has four red stripes on a yellow background. This is La Senyera – the Catalan flag – which according to legend shows the Four Fingers of Blood (Quatre Dits de Sang) made by King Wilfred the Hairy on a shield before going into battle against the Moors in the 9th century. The bottom of the crest has the colours of the club and an old, stylized football. In the middle, between the top and the bottom are the letters FCB, which stand for “Futbol Club". 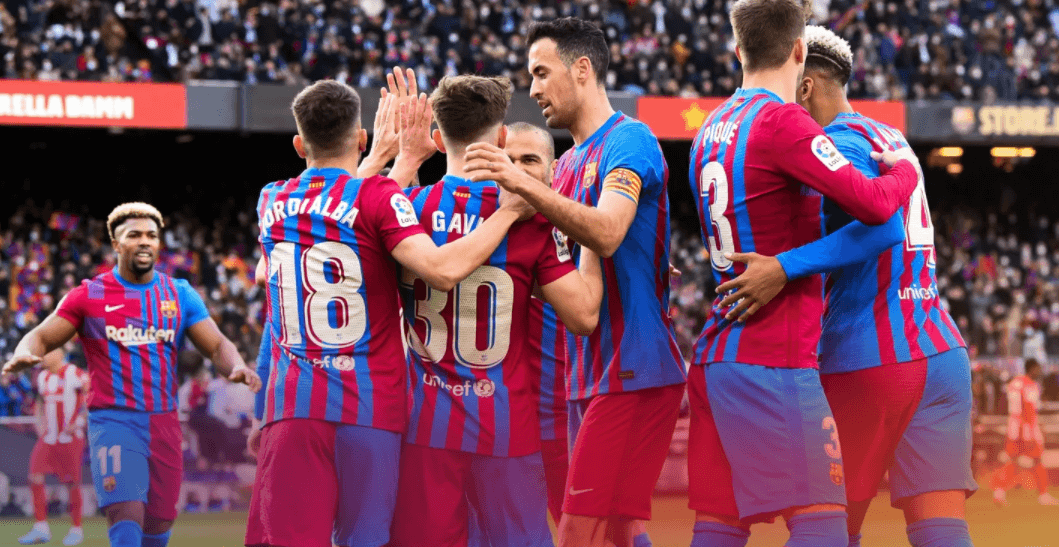 FC Barcelona is a Spanish La Liga club located in the city of Barcelona. It is one of the most widely supported clubs in the world and has a massive social media following. Unlike many other football clubs, it is owned and operated by its supporters.

FC Barcelona is one of the three founding members of Primera División (La Liga) and has never been relegated from the top division. It was the first Spanish team to win the continental trebble (La Liga, Copa del Rey, UEFA Champions League) and holds an impressive number of trophies. The club has won La Liga 25 times, Copa del Rey 30 times and has lifted 5 Champions League trophies (including one European Cup). It plays its football at Camp Nou.

I was looking everywhere trying to find Ukrainian Jersey, which was difficult. Once I found it on gogoalshop.net.cn I was surprised by its affordability. The delivery within a reasonable time period of 2 weeks. The quality of the jerseys is amazing.