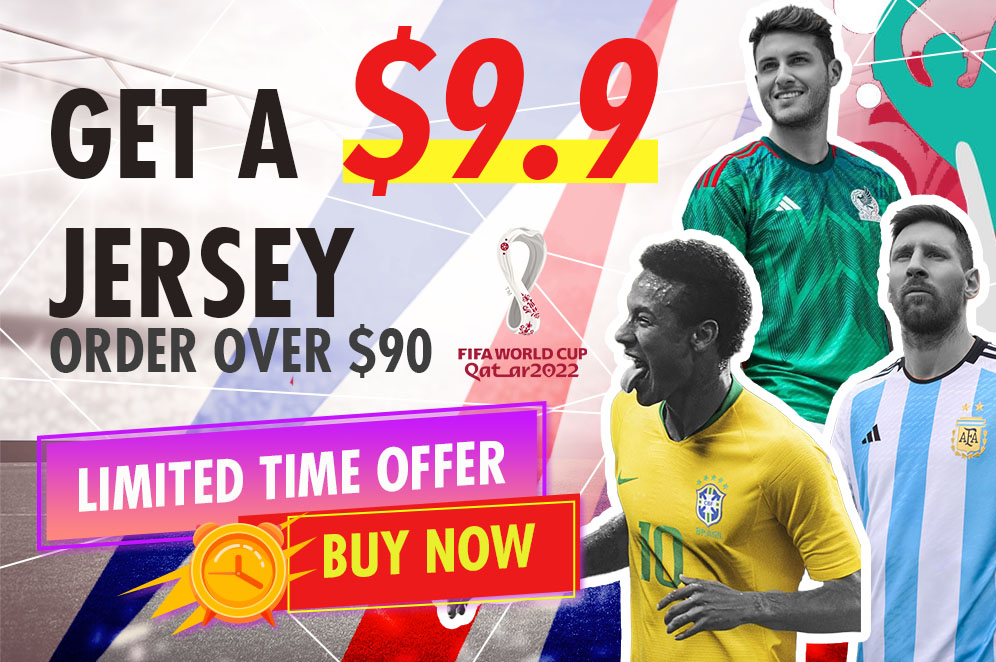 It is difficult to find a weakness in Deschamps' squad, which has arguably become even stronger since 2018. Defenders Jules Kounde, and forward Christopher Nkunku have all made their debuts since the World Cup win, bolstering a squad that already boasted world-class players like Kylian Mbappe, Antoine Griezmann and N'Golo Kante. With such quality around, France are likely to be favorites to take home the trophy again.

The first player of this top 8 French soccer players is N’Golo Kante, a fairly small midfielder at 5 feet 6 inches, who was born in the Parisian suburbs to Malian parents. At 26 years old, he is about the average age of the national team and started his rise to fame last year, a lot later than other players mentioned in this list. 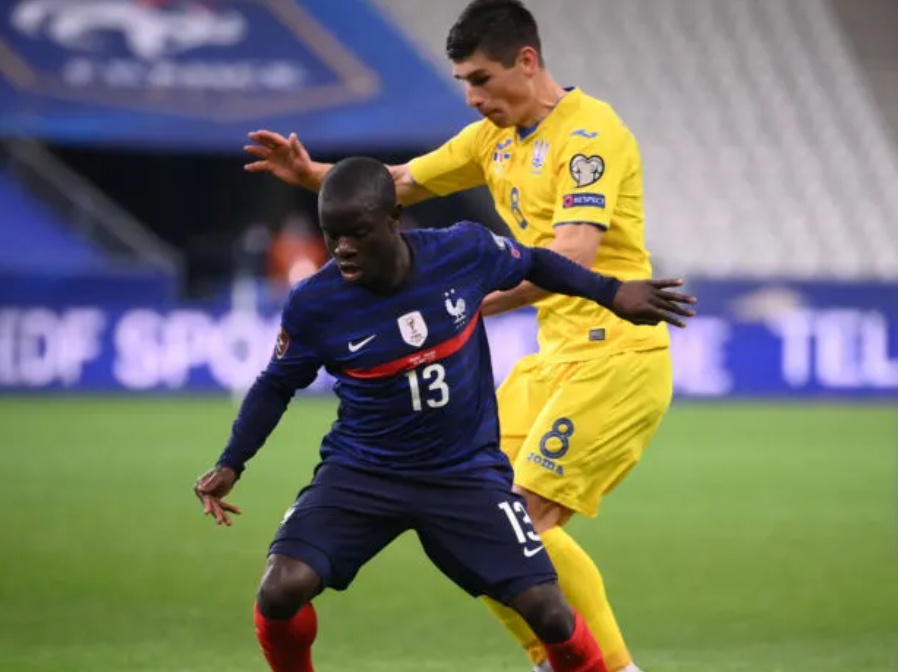 He was selected for the first time with the French national team in 2016 at age 24 and played for small French clubs until he joined Leicester City in 2016. After winning the English championship in a spectacular and absolutely unique season, he joined Chelsea (Chelsea FC jersey on Gogoalshop) for 38 million euros and won the Championship again, definitely putting his name in the history books of soccer.

His nicknames are “the octopus” and “the bubble-gum”. Why? N’Golo has excellent ball-winning abilities and he seems to have more than two legs!

The second France national football team player on this list is Antoine Griezmann. During the European Cup last summer, he made a huge difference in the way the national team played and led the squad straight to the finals, defeating some of the best teams in the run like the World Champions, Germany.

He became incredibly popular, and almost every French kid now has a jersey with his difficult-to-pronounce name. He was born in Mâcon, a beautiful city in the East of France, in 1991, and was first selected to play for the French national team in 2014, during the World Cup. Outside of the national team, he plays a leading role with the Athletico Madrid (Find “Griezmann” jersey on Gogoalshop), a team he helped lead to the Champions League Finals in 2016. He plays at the center forward position.

The French hitman was strongly linked to FC Barcelona but he decided to keep playing for Athletico Madrid. We were already imagining the success it would have been alongside Luis Suarez … maybe next time!

During the 2018 World Cup in Russia, he landed three man-of-the-match awards – the most noticeable one during the final against Croatia (4-2).

The third France national football team player in this top 10 of French soccer players is a more discreet one: our goalkeeper and captain since 2009, Hugo Lloris. This amazing goalie is very discreet outside the pitch, never causing any kind of trouble with the media, but is a true leader on the pitch, which earned him his role as captain (buy France soccer jersey on Gogoalshop). He played for the first time with the national team in 2008 and has been the main goalkeeper since the 2010 World Cup, protecting our goal during two World Cups and two European Cups since then. 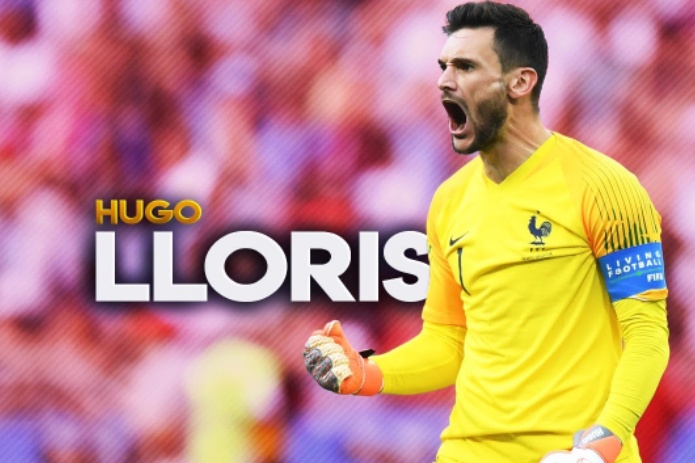 At 31 years, he almost seems like he is a veteran in this very young French team: he was born in 1986 in Nice, in the South of France on the Mediterranean coast. After having played for Nice and for Olympique Lyonnais, he joined the Tottenham Hotspurs in 2012 and has helped them to keep a major role in the Premier League ever since.

Next on the list is the latest French soccer wonder, a forward who is barely older than eighteen, but has already shaken up the soccer world quite seriously. Kylian Mbappe was born in 1998 in the Parisian suburbs, 5 months after France won the World Cup. Rumor has it that it played a role in the making of an incredible soccer wonder, who just exploded last season.

Trained in the prestigious Clairefontaine Academy (as Thierry Henry and Olivier Giroud) he played for AS Monaco from 2015 to 2017. His astounding performances both in the French League and in the Champions League have earned him various propositions from the best teams in Europe, including one for 40 million euros when he was still only 17! At the end of the 2016/2018 season, rumors were sending him to Real Madrid for a shocking amount of 120 million euros, which was categorically refused by Monaco, a team that realized the crazy potential of this player.

But the big surprise happened in August 2017, when Paris Saint-Germain announced the signing of Mbappé from Monaco. Transfer fees could reach €150 million, making Mbappe the second most expensive player of all time!

In July 2018, he became the youngest player to score in the World Cup final since Pelé – the King – in 1958. Best Young Player of the World Cup in Russia, the new soccer star is ready to take over. He was impressed throughout the tournament and has shown incredible abilities. The Golden Boy was praised for his speed, technique, and maturity by many football experts such as Gary Lineker, Pelé, and Jurgen Klinsmann.

“Brilliant on the field, but injured all the time” would be the best – but sad – way to describe Bayern Munich winger Kingsley Coman. The 23-year-old French winger is a brilliant player and he has the potential to do amazing things on the pitch. Coman is quick and he has some of the best dribbling skills in the German League.
When he was playing for the Paris Saint Germain youth academy, he impressed all his managers and he was almost too good to play within the youth system. Consequently,  he made his debut for PSG in Ligue 1 in February 2013 at only…16 years!

Today Kingsley is only 23 years old – but he already played for Paris Saint Germain, Juventus, and Bayern Munich now. Not too bad I guess?

However, the Frenchman suffers a recurrent left ankle injury and he has already undergone two surgeries on the ankle. If you listen to Coman, it’s not difficult to understand that he wouldn’t accept a new surgery in the future. Indeed, he admitted that he was already considering an early retirement from professional football if he suffers another bad injury again.

Fun fact: Kingsley Coman is the fastest-ever player in the Bundesliga.
In September 2019, the French winger broke a record in the German League: 22.16 miles/hour during a game against Paderborn.

Lucas Hernandez is a French professional soccer player who currently plays for center back for Bayern Munich in Germany and the France national team. Beginning his senior career at Atletico Madrid, Hernandez has earned nearly 90 appearances for Atletico Madrid and 42 appearances for Bayern Munich since joining in 2019. For his country, Hernandez has already earned 28 caps at just 25-years-old, showing what a young talent he is and how many more years he has left in his tank!

His transfer to Sevilla in 2019 was for €25 million, showing how wanted this young player currently is on the market.

Pavard is a 25-year-old footballer who is capable of playing both center back and outside back for any team he plays for. Currently used as a right-back for Bayern Munich in the German Bundesliga, Pavard made his international debut in 2017 and was a member of the 2018 FIFA World Cup. He began his career at Lille II in 2014, when he was just 18 years old and has since made 21 appearances for Lille, 84 appearances for VfB Stuttgart, and 56 appearances for Bayern Munich since joining in 2019.

Fun fact: Pavard was awarded the Knight of the Legion of Honour in 2018, an award that is the highest French order of merit.